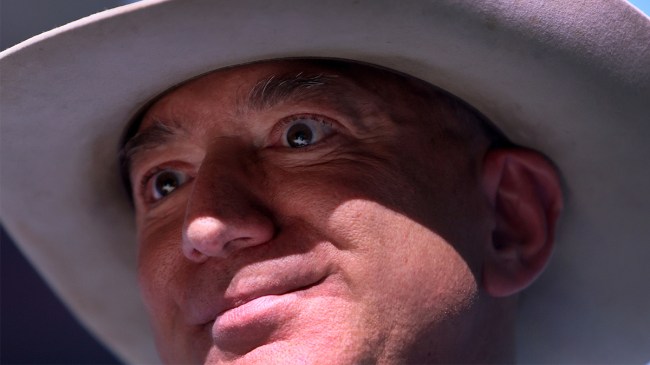 Billionaires are routinely subjected to a ton of hate and ridicule for reasons that become pretty evident when you take a look at the financial divide between the unfathomably wealthy and the rest of the people on the planet (as well as trends concerning that ever-increasing inequality).

While you can debate whether or not that vitriol is justifiable, you don’t have to be a genius to figure out why there’s not exactly a massive outpouring of sympathy for people who could literally use a $100 bill to wipe away the tears whenever they have their feelings hurt and make even more money than they’d lose in the time it takes them to do exactly that.

Now, you’d think anyone with the intelligence that’s typically required to gain admittance to the Tres Commas Club would realize their best bet is to keep a fairly low profile and use the money at their disposal to do whatever possible to go through life in blissful ignorance of the backlash they’re routinely subjected to on the internet and beyond.

However, as we’ve learned time and time again, that’s much easier said than done.

There’s no one out there who’s highlighted that reality more than Elon Musk, a man who has suffered an impressive number of self-inflicted wounds stemming from his sheer inability to Log Off. However, Jeff Bezos has also decided to willingly subject himself to the abuse that comes with entering arena a man with a net worth that sits at an estimated $155 billion as of this writing really has no reason to visit in the first place.

The Amazon founder has become increasingly fond of using Twitter to spend some of the free time he’s had on his hands since stepping down as the company’s CEO last year. While Bezos is possibly the least relatable person on the planet, he seems to be using the platform to combat that notion by tweeting about popular Netflix shows and cracking jokes about Leonardo DiCaprio stealing his girlfriend (the latter of which really only cements the largely inaccessible nature of his existence).

On Sunday, Bezos once again attempted to frame himself as just another normal human being when he posted a picture of himself chowing down on a burger from McDonald’s along with a caption recalling his time working for the fast food chain that gave him his first job.

While the post itself was fairly innocuous, plenty of people detected some serious “Started From The Bottom Now I Occasionally Revisit The Bottom While Literally On Top Of The World” energy that result in the kind of responses you’d think he’d expects by now.

“I am a real and relatable human, I am just like you.”