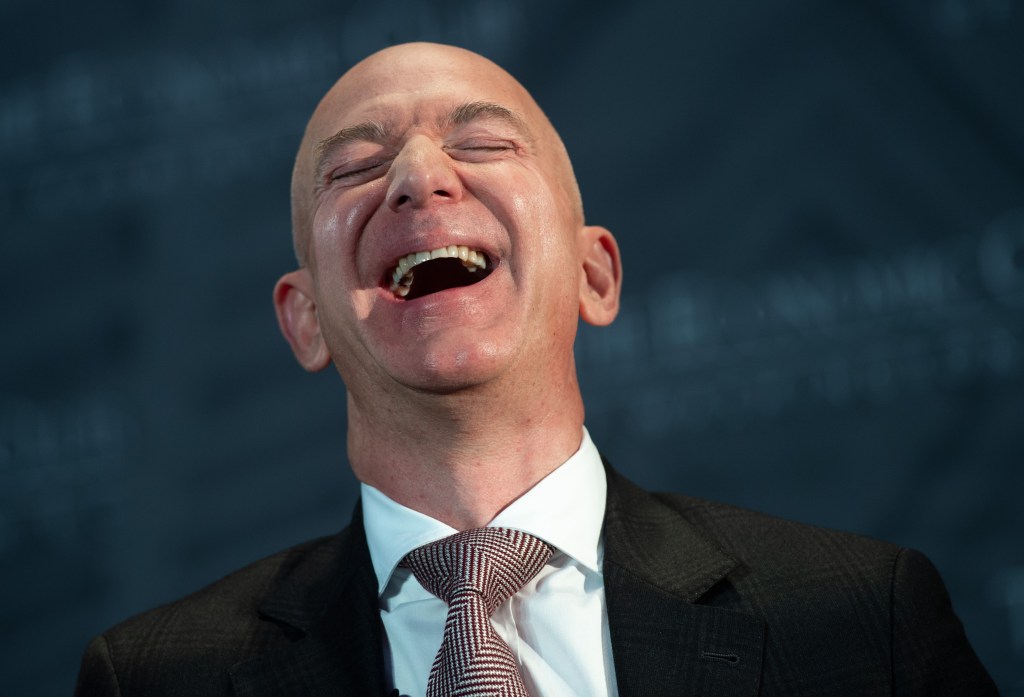 Jeff Bezos, the world’s richest man, is set to become the first billionaire to travel to space. This is easily the strangest rich person pissing contest in history with other billionaires now interested in being the first. But it looks like Jeff will beat the others and escape Planet Earth. Now there’s a popular petition to deny him re-entry to the planet.

You’d think the petition to deny Jeff Bezos re-entry to Earth would be all about how fed up normal people are with billionaires but it’s not about that at all. It makes some wild conspiracy theory claims about Jeff Bezos and calls him a real-life Lex Luthor, makes mention of 5G and microchips, something about Free Masons, and other conspiracy nonsense that flies right over my head.

There’s also a petition to get Jeff to buy AND EAT the Mona Lisa painting instead of using his money to go to Outer Space. So there’s that.

Despite being one of the most outlandish Change.org petitions ever created, there are already 12,776 signatures and counting. People REALLY want to deny Jeff Bezos re-entry to Earth after the billionaire spends a fortune going to Space for fun, because he can, so world history is forced to remember him as the first billionaire who went to space.

The petition can be found right here if you want to sign it. Here’s what the text reads. This is all complete nonsense to me but it might make sense to anyone out there wearing a tinfoil hat:

“Jeff Bezos is actually Lex Luthor, disguised as the supposed owner of a super successful online retail store. However, he’s actually an evil overlord hellbent on global domination. We’ve known this for years. Jeff has worked with the Epsteins and the Knights Templar, as well as the Free Masons to gain control over the whole world. He’s also in bed with the flat earth deniers; it’s the only way they’ll allow him to leave the atmosphere. Meanwhile our government stands by and lets it happen.

This may be our last chance before they enable the 5G microchips and perform a mass takeover.”

Five or six years ago I would’ve thought this was all a big joke. MY assumption would have been that someone was having fun online at the expense of Jeff Bezos and a petition was their preferred medium instead of Craigslist.

Now, I’m not so sure. This could be the legitimate rantings of a crazy person. There are enough people out there now suffering from brain rot that there’s a chance someone created this earnestly. We just don’t know when people are joking online anymore. I’ll choose to believe someone meant this as a joke. I’d rather believe that than think it could possibly be my neighbor who has lost their damn mind.