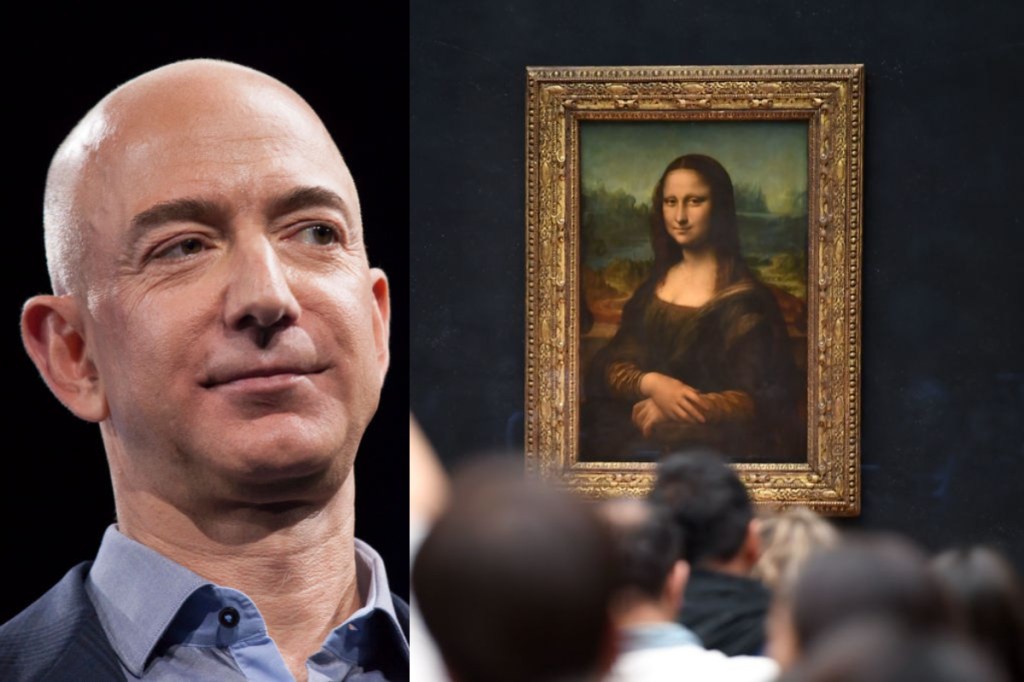 Why hasn’t anyone ever taken a bite of the Mona Lisa? Jeff Bezos, the world’s wealthiest man, can afford to buy it and take a bite. It’s time he started putting his money to good use and doing things nobody else can.

The Mona Lisa is 518 years old (from 1503). That’s a LONG TIME to have existed without a single living soul taking a bite out of the painting. Bezos can afford to do anything he wants. Literally anything. That’s the premise for this petition that has picked up thousands of signatures over the weekend.

Over 4,000 people are urging Jeff to buy and eat the Mona Lisa in a Change.org petition. The current goal is to reach 5,000 signatures. That goal will almost certainly hit 5,000 signatures and continue to grow from there.

The petition is simple. There’s no fluff. It uses straightforward messaging that even a toddler could understand:

“Nobody has eaten the mona lisa and we feel jeff bezos needs to take a stand and make this happen.” (via Change.org)

So why shouldn’t Jeff Bezos use his unfathomable fortune of $193,400,000,000 to buy the painting and take a bite. Going to space is stupid. There’s nothing in space worth seeing but Earth and you can see Earth from here. He could take a hot air balloon really high if we wanted.

A good use of his net worth would be doing something like this and eating the painting. Really breaking down the barriers of what billionaires are capable of.

According to Fox News, an art expert valued the Mona Lisa at around $60.9 billion last year. This number was thrown out as a way to help the French government when the global economy crashed. The painting isn’t for sale. Technically it’s “priceless” but Bezos can afford anything and everything. It’s time he put some of that money where his mouth is and ate the dang painting.