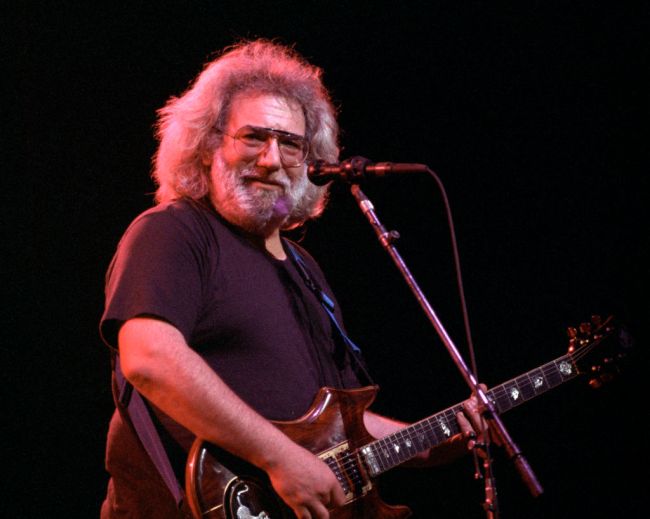 A fascinating piece of rock’n roll history is going viral: Jerry Garcia’s concert rider from the band’s November, 12th, 1976 show at UC Davis. This is the same show that’s featured on GarciaLive Vol. 17.

As a live music fan, I always get a kick out of tour riders for bands and major artists. They’re a fascinating glimpse behind the curtain at tour life – you can glean a lot about an artist’s personality, tastes, and quirks just by what they want backstage before a show.

What are concert riders?

If you’re unfamiliar with the concept, a tour rider is a document from a performer’s management that lists a set of rules and stipulations for a performance. These include technical details for the show itself, along with wardrobe changes and other aspects of the show. The goal is to keep the show uniform from venue to venue, city to city.

Fun fact about riders: There are two types!

A technical rider that lists out venue requirements that aren’t provided by the tour itself *and* a hospitality rider breaks out food and beverage requests for the artist and crew, as provided by the venue or concert promotor throwing the show.

Riders are notorious for some nit-picky requests, occasionally being a tell on a performer’s narcissistic and egomaniacal ways.  The most infamous example is Van Halen, who had a very specific request: A bowl of M&Ms, with all the brown ones removed.

In 2012, David Lee Roth specified that the demand wasn’t because of some deep-seated aversion to brown M&Ms – it was in the interest of everyone’s safety. It was sort of a tripwire for whether or not the venue had read the band’s contract, most importantly for the technical rider. If there were brown M&Ms in the bowl, according to Roth, it was probably a sign that the promoter carelessly skipped over important technical details related to their massive stage set-up.

“If I came backstage, having been one of the architects of this lighting and staging design, and I saw brown M&Ms on the catering table, then I guarantee the promoter had not read the contract rider,” Roth said in a 2012 interview. “We would have to do a serious line check.”

Jerry Garcia’s rider seems pretty par for the course, as far as hospitality riders go. Coffee, food, snacks, some booze. Nothing too out-of-the-norm.

As one Redditor shared, “as a former events/catering manager who fulfilled many of these riders to varying degrees of frustration and amazement, I would have been glad for this simple/easy setup for JGB.”

Some thoughts on the Jerry Garcia concert rider:

Jerry sure was particular about his coffee. Single-origin beans in a drip machine. Authentic Jamaica Blue Mountain Coffee, for example, is some of the most expensive coffee in the world, regularly fetching $200+ a pound. There are some blends that are much cheaper, but the real deal is very expensive. I wonder if he ever got it, besides when the Grateful Dead played a show in Montego Bay in 1982.

Also, someone did the math on Twitter that this equals out to 1.3 packs of cigarettes per crew member at every stop. That’s a lot of cigs.

Totally forgot about it until today, but worth noting that Jerry Garcia Band covered Otis Redding’s “Coffee And Cigarettes” so eloquently on the soundtrack for the movie Smoke in 1995, released just a couple of months before his death.

Kind of surprised to see Heineken Light on the rider. Lite beer was just introduced to the American public at large, with Miller Lite rolling out only a year before in 1975. I guess the JGB crew was watching their cals?

I assume the Coca-Cola, club soda, and ginger ale were mostly for mixers with the rum. A little surprised that Bacardi Lite rum was the only liquor on the rider, but hey – it was the ’70s. Other liquors simply weren’t as popular. Not sure about what the milk was for, besides the coffee and tea. Never took Jer for a diet Dr. Pepper guy, but you learn something new every day.

My favorite part of the rider is “bacon, lettuce, and tomato sandwiches and good cheeseburgers throughout the set-up.” Crew gotta eat during load-in and before load-out. Dinner feels pretty par for the course for most concerts.

Finally, kind of surprised to see Jerry asking for towels instead of bringing his own. All that guitar shredding sure does make a man sweaty.

Don’t forget to bring a towel.

Set I: Sugaree, Catfish John, After Midnight, Knockin’ On Heaven’s Door, They Love Each Other, The Way You Do The Things You Do, Midnight Moonlight

Listen to the version of Catfish John from this show via YouTube.