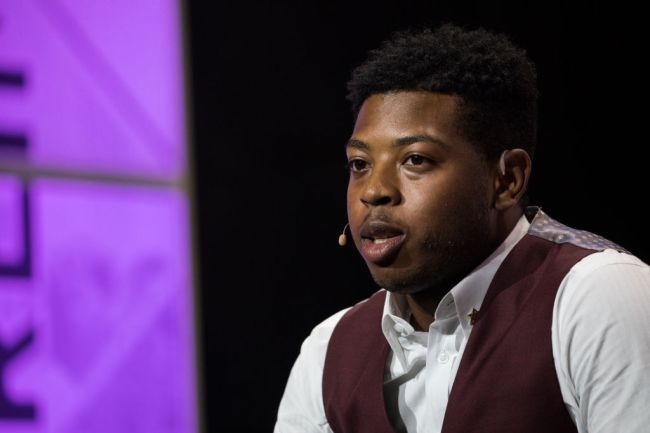 Michigan state representative Jewell Jones has been going buck wild on the campaign trail. The 26-year-old turned his most recent fundraising report on Monday and there were quite a few questionable charges to the campaign card.

Of the many, one in particular stands out — $221 at a strip club in Dearborn, Mich.

All state officeholders and candidates must submit quarterly records of where, when and how they spent their money. On Jones’ report for the Pantheion Club, he said that the spending was for a March 8 “constituent meeting” to discuss “potential economic projects.”

In an interview with The Detroit News, Jones described ‘Panthy’ (as the club is often called) as a “lounge” and said that he was not sure if it was a strip club. The call then disconnected.

The Pantheion Club is a strip club.

Here is what it looks like on the inside: 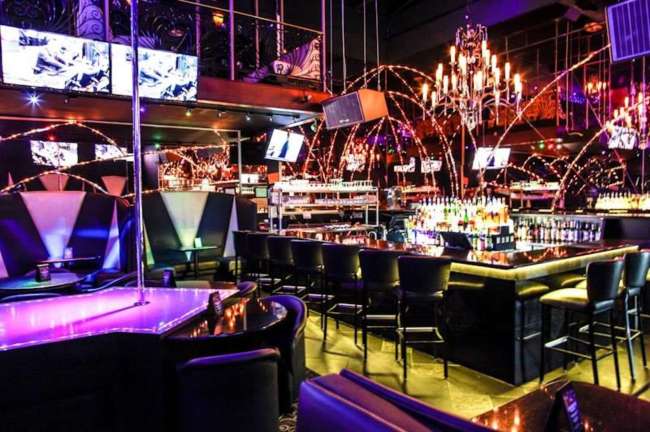 And here is a promo that the well-known strip club posted to promote full capacity:

“The oldest and most established gentlemens club in michigan! We are #1 in topless entertainment!”

After Jones’ interview with the Detroit News dropped, he texted the reporter with the funniest message of all-time:

He also added that the well-known strip club has “great lamb chops.” Which, to be fair, it does look like the club has some great soul food. Here is the club’s Thanksgiving Day (a hilarious place to spend the holiday) spread:

Jones’ strip club visit is not the only reason he has been in the news recently. On April 6, the third-term lawmaker drove his black Chevy Tahoe into a ditch. According to the Michigan State Police report, he swerving in and out of lanes before pulling off the shoulder and into the ditch.

Upon arrival to the scene, Jones was accused of struggling with state troopers and tried to “big league” the officers on-site. He allegedly told them that he would call the governor and that he had oversight of the Michigan State Police budget.

His BAC was more than double the legal limit.

In addition to his drunk driving case and strip club spending, his account expended more than $6,400 at restaurants or “lounges” for “meetings” in the course of seven months. It is not uncommon for campaigns and politicians to expense meals and entertainment, but Jones’ records are hilariously falsified.

One charge for $696 was spent at an Italian restaurant and wine bar in Las Vegas on March 22. The report described the expense as a “dinner meeting with other legislators.”

A week later, the campaign racked up a $514 bar tab at ‘Jon’s Goodtime Bar & Grill’ for a “meeting with community stakeholders on potential projects.”

Jones pushed the limit of credulity and showed no mercy in his poor attempts to cover up what the “meetings” were really all about. And yet this man continues to get reelected.

Politics, am I right?