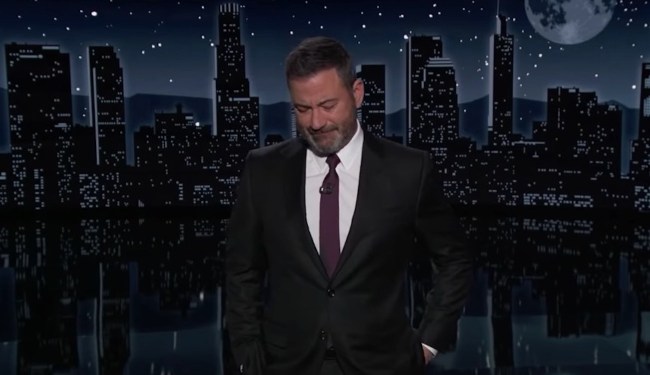 In the hours and days following the passing of Bob Saget, actors and comedians from all corners of Hollywood have publically and emotionally remembered their late friend, with many of them highlighting how sweet and kind of a man he was.

Jimmy Kimmel, who was also clearly quite close with Saget, took a few minutes at the top of his show to pay remembrance to the former Full House star, who passed away on Sunday, January 9 at the age of 65-years-old.

“If you saw any of the many thoughts from people who knew Bob personally, a word that came up a lot was ‘the sweetest’. And Bob was the sweetest. He was the sweetest man,” Kimmel said while choking back tears.

And the reason people wrote that is because it’s true. If you had to pick one word to describe him, that was it: sweetest. I have so many wonderfully kind and supportive texts and emails and calls from Bob — he always had a compliment. He would write sometimes just to tell me that he loved me and I know he did that for many people… Unlike me, he was a good person.”

Saget, who had just performed in Jacksonville on Saturday, January 8, was found dead at the Ritz-Carlton hotel in Orlando, Florida, around 4 p.m. EST on Sunday, January 9. At this time, the cause of his death is unknown.

“We have no information on cause of death, and detectives have found no signs of foul play or drug use in this case. The Medical Examiner’s Office will make the final call on the cause and manner of death,” the Orange County Sheriff’s Office told TMZin the hours following Saget’s tragic death.