J.J. Abrams Provides Half-Assed Explanation As To Why He 180’d Rey’s Parentage 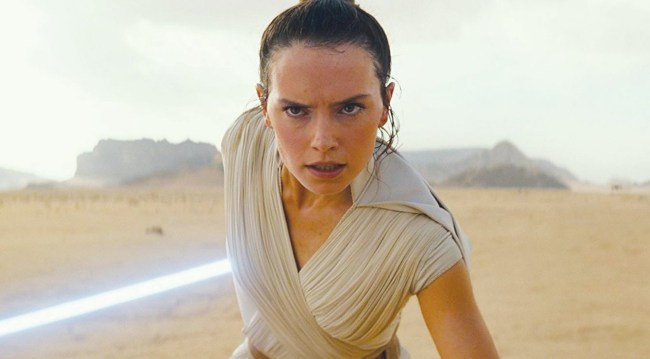 Due to the consequences of The Big Cancel, last week, Disney made the decision to release Star Wars: The Rise of Skywalker on digital services a few days early, moving the release date from March 17 to March 13.

While the early release of a Star Wars film would normally be a relatively huge deal, the fact is that the stink surrounding The Rise of Skywalker remains too pungent for some to stand.

Disney is obviously aware of that fact, as they’ve spent the months since the film’s release trying to clarify and justify the choices they made in the saga-concluding film, mainly through the recently released novelization of the story.

The director of the film, J.J. Abrams himself, also recently attempted to explain himself, as he argued the merits of his decision to ignore the twist of The Last Jedi and have Rey’s bloodline by that of a Palpatine instead of a “nobody.”

“I think one of the themes of the movie is that anyone can be anything regardless of where you’re from, and I don’t know if it resonates for everyone but I think there are quite a few people who appreciate that idea of not coming from a place that you’re not particularly excited about following or proud of. And though I completely understand ‘you’re nobody’ is a devastating thing, to me the more painful, the more shocking thing was the idea that you’re from the worst possible place. And is that thing that you feel that you know is part of you somehow, that you’re haunted by, is that your destiny? And the idea that there are things more powerful than blood, as Luke says, that thing was a really important thing to convey for us,” Abrams said at a March screening of the film. [via Collider]

I respect the hell out of J.J. Abrams — I really do — but between these comments and the novelization of the film that retcons both the nature of Palpatine’s return and the context of Rey and Kylo Ren’s kiss (they literally tried to retroactively characterize it as “kiss of gratitude”) — it’s clear the Mouse House is trying to rewrite the narrative surrounding The Rise of Skywalker.

They blew it and they wish they hadn’t, I totally get it, but sometimes it’s better to just let sleeping dogs lie.

RELATED: ‘Rise of Skywalker’ Novelization Explains How Palpatine Survived Deadly Fall In ‘Return of The Jedi’