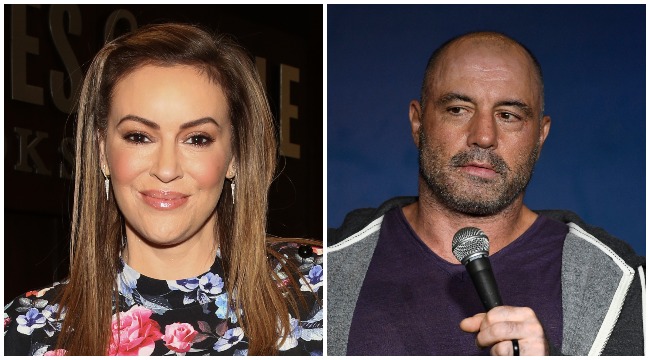 A few weeks ago Milano went on an insane rant and complained about the fact that Rogan’s podcast was more popular than hers. 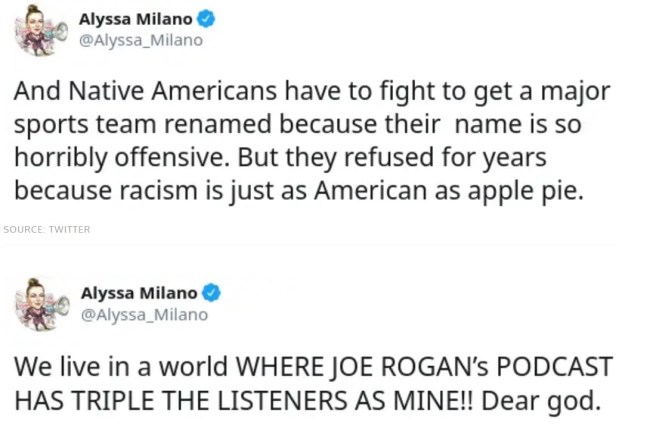 In the latest episode of JRE podcast, Rogan and comedian Tim Dillon mocked politically active stars like Alyssa Milano, who only become activists “once the calls stop coming in.”

Tim Dillon “Everyone cannot be a political pundit”

Joe Rogan: “I think we should leave it all to Alyssa Milano, I’m looking forward to her tweets in November, I’m just going to follow all of that”

Tim Dillon: “That’s the way to be relevant now is to be … political,” “All day, every day.”

Joe Rogan “That shift where you go from actor to activist, all in, as soon as the f***ing calls stop coming in, you’re like, ‘all right, I’m an activist,’

Dillon continued to bash disingenuous Hollywood stars who pretend to be socially conscious but are truly terrible people behind the scenes.

“I’ve seen them make people cry backstage at a theater because there’s not enough water in the dressing room. It’s those same people who are really cruel going out and telling everybody how good of a person they are all of the time,”

You can watch Rogan’s entire interview with Dillon below.