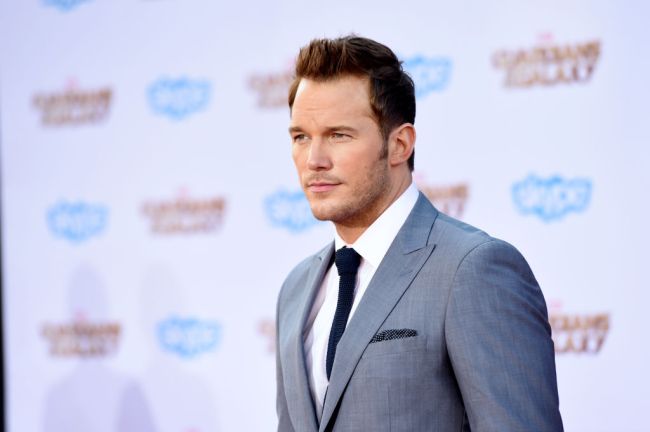 Chris Pratt has been the victim of multiple social media campaigns and trends that besmirched him. Joe Rogan defended the Guardians of the Galaxy actor by saying that only “insane people” attack Pratt for his beliefs.

Pratt received criticism in November for an Instagram post that celebrated his wife Katherine Schwarzenegger, but some people misconstrued it as a comment at his premature son with his ex-wife Anna Farris.

Rogan interviewed “Beeple” AKA Michael Joseph Winkelmann – a digital artist, graphic designer, and animator. The topic of Chris Pratt was broached – which set off Rogan to defend the Jurassic Park actor – who received unwarranted criticism in recent months.

RELATED: ‘He Told Me This In Confidence’: Joe Rogan Reveals Conversation With Aaron Rodgers; How The QB Made His Controversial Decision

“He’s the nicest f-cking guy I’ve ever met in my life,” Rogan said of Pratt, adding a description of anyone who trashes the actor, “They’re all insane people that hate their jobs that are sitting in front of the cubicle when their boss isn’t looking they’re tweeting bad things about Chris Pratt.”

The podcast behemoth believed that the “hate” that Pratt received was because he is a Christian, “and pretty open about it.”

“He’s kind of outside the lines in terms of his ideology, he’s a Christian, and pretty open about it,” Rogan added. “Because of that they attack him.”

RELATED: Internet Loses Its Mind Over Chris Pratt Being Cast As Mario The Italian Plumber In Upcoming Movie

Rogan dismissed the attacks on Pratts as a “bully pile on.”

“You see someone being vulnerable and you can snipe at them and you don’t have any repercussions and they’re not in front of you so you attack the guy,” Rogan added.

RELATED: Joe Rogan Blasts Media For False Reports He Took Horse Dewormer: ‘Do I Have To Sue CNN?’

Rogan noted that he had spent time with Pratt on multiple occasions, including a hunting trip for elk in Utah.

“He hasn’t done nothing,” Rogan said of Rogan. “He’s so nice. Chris Pratt is like one of the nicest people I’ve ever met in my life. He’s genuinely friendly. I’ve been in hunting camp with him. He’s nice to everybody. My point is I’ve seen him interact with people,” Rogan said. “He’s super kind, super normal guy.”

Pratt received scorn for being cast as the voice of video game character Mario and cartoon cat Garfield. Pratt was also blasted as the “Worst Chris.”

RELATED: Chris Pratt’s Friends Mocked For Vehemently Defending Him After Twitter Names Him The ‘Worst Chris’