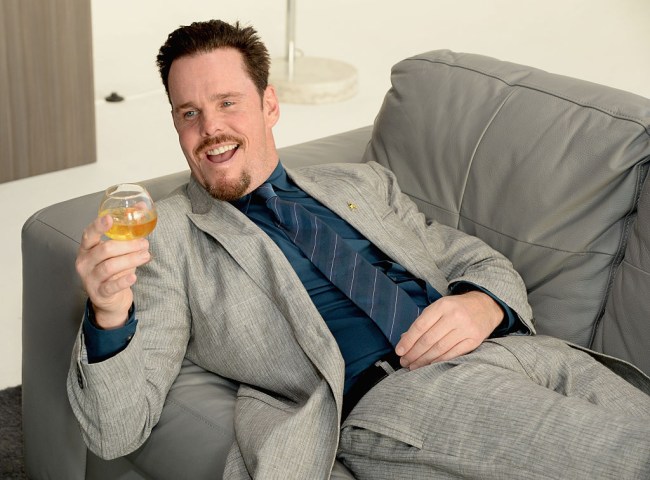 I think it’s safe to say that one of the reasons ‘Entourage’ was so great and so successful was that the characters each actor played were pretty similar to themselves in real life. When you see the cast both on and off the air, the chemistry the entire crew has is hard to miss. Kevin Dillon, who played Johnny Drama, sat down with The Brilliantly Dumb Show and told an incredible story about saving his house during the Malibu fires of 2018 in the most Johnny Drama way possible.

In November, what started as an electrical fire, led to acres throughout Malibu and California catching on fire. It destroyed land, cars, homes, and more. The city of Malibu was forced to have everyone evacuate, except Johnny Drama. Dillon recalls the moment he decided to drive through flames to protect not only his house but his neighborhood from burning in the fire.

“I had to get my daughter out of town and my pets. And then I got a call from my manager Lisa who said, ‘don’t panic, but your guest house is on fire. And I’m like, I gotta go and hung up the phone. So I drove back in through flames and my guest house was not on fire, it was my next-door neighbor’s house. But I was able to put out embers that were burning all over the place.”

Kevin Connolly, his co-star from ‘Entourage’ added, “I knew when I heard the news that Kevin wasn’t going to evacuate, I just knew. Kevin saved his house, it’s a fact.”

Leave it to Johnny Drama to protect his house and more from a wildfire with nothing but a hose. The mayor of Malibu should have known damn well that he can have the city evacuate, but that DOES NOT by any means include Mr. Drama. A heroic story that is so outrageous yet makes so much sense.

This story was one of many that were told during an incredible interview with the ‘Entourage’ crew. The fellas were promoting their new podcast ‘Victory The Podcast.’

For this full interview, be sure to subscribe to The Brilliantly Dumb Show on YouTube, Apple Podcasts, and Spotify.