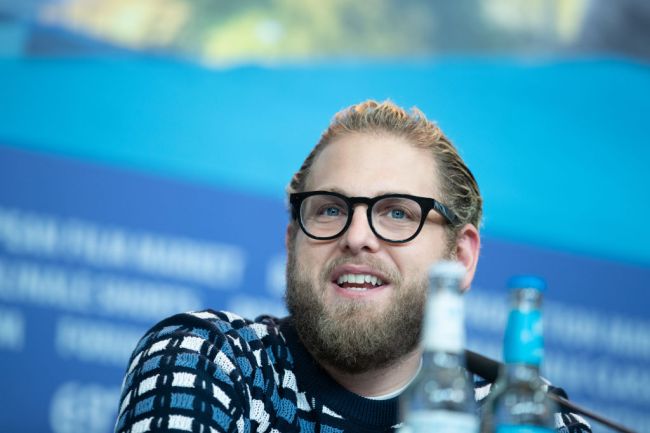 Jonah Hill opened up about a myriad of topics in a wide-ranging interview with GQ. The Hollywood actor was interviewed by Adam McKay, who co-wrote Anchorman, Talladega Nights, and The Other Guys.

Hill revealed that these days he is living a “very quiet lifestyle” by hanging with his nephews and his dog. He is still writing and directing, but he makes time to surf every day, some days twice a day.

“One day life was one way, and then one day life was a different way. Right after Superbad, I took a writing job on Brüno [with Sacha Baron Cohen],” he said. “I was 23, and they asked me to host SNL for the first time. And I didn’t want to leave the writers room. I was like, ‘Guys, I don’t know what to do.’ It was my first job working for Sacha. And Sacha was like, ‘Dude, you should go host SNL.’ To me, having a writing job for Sacha Baron Cohen was as rad as hosting SNL.

After his breakout role in Superbad when he was 24-years-old, Hill notes that he had “probably too much power for a young person, and too much autonomy, and not enough life skills.”

Hill dropped out of college, which he says left him “behind personally” because he was “running toward success” and not “really looking inward.”

Hill, who has his own film and TV venture called Strong Baby Productions, is making a Netflix documentary about Stutz.

He adds that transcendental meditation has also helped him in his life.

The Wolf of Wall Street actor said he was absolutely crushed when comedian Chris Farley died in 1997 at the age of 33.

“When I was a kid and I heard about John Belushi dying, it was romanticized, like, ‘Yeah, dude, he was punk rock and he died from heroin,’ and all this sh*t,” Hill told McKay. “And then when I was 13 or 14, I lost Chris Farley, and the sh*t wasn’t sexy or romanticized. It was just sad.”

“I cried for a f*cking week when Chris Farley died, and it wasn’t like I was like, ‘How punk is that, dude?’ It was like, ‘What the f*ck? This sucks,'” he recalled.

“He should have had joy. That breaks my heart,” Hill said of Farley. “So when you ask me what I do, I’m like, work sh*t comes easy to me. I love work. I love being creative. I want to be happy. I literally want to be happy. That is the mission of my life, that I work hard at.”

Hill divulged that his hero is a 92-year-old man named Geoff.

“Okay, I’ll be totally real. My neighbor here is 92. His name is Geoff,” Hill said. “And he’s the reason I moved to the beach, because I was talking to him one day on the deck—I would have lunch with him once a week on the deck. I said, “What’s the deal, man? You’re the happiest guy I’ve ever seen in my life. Why are you so f*cking happy?” And he’s like, ‘I don’t look around at what anybody else is doing. I just live my life, and I don’t look at what other people are doing.'”

“Literally, if you said, ‘Who’s your hero?’ I’d say Geoff, because this guy lived happy, not giving a f*ck about the stupid rat race, and then died at 92 at the beach.”

Hill explains that he “is not chasing sh*t” at this point in his life.

You can read the entire Jonah Hill interview over at GQ.