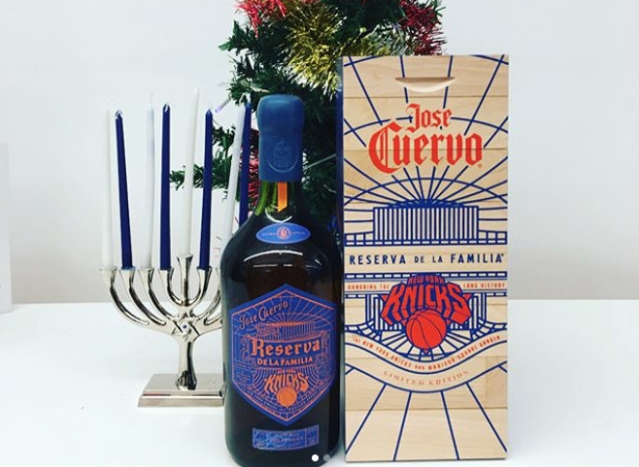 Christmas came early in the BroBible offices yesterday, as our friends at Jose Cuervo gifted the office one of the best presents we’ve received since an unknown entity sent an unmarked box full of an eclectic assortment of sex toys–truly the gift that keeps on giving.

In any event, you can imagine how an office full of lushes would feel when a bottle of good tequila shows up on our doorstep, but as a basketball fan and former captain of my JV team as a senior, this bottle had special significance. The Cuerv-bros, in conjunction with their partnership with the New York Knicks, created The Reserva de la Familia Hardwood Edition.

The tequila, which is aged 30 years and is finished in French and American oak barrels, tastes like a juice of the gods and will truly make your clothes come off. But, what really raised the hairs on the back of my neck was the box the bottle came in. Since the campaign is inspired by the legendary sports memories that have played out on the iconic floor of Madison Square Garden, the carrying box is made from the original hardwood floor of the Knicks’ home court. Only 100 boxes were brought into existence. We could very well be in possession of the portion of the floor John Starks sprung off of when he posterized Horace Grant (and if we’re pushing, Jordan too) in the 1993 Eastern Conference Finals.

Or I could be holding the piece of hardwood Larry Johnson landed on in the 1999 Eastern Conference Finals when he drew contact and converted an impossible four-point play with time expiring in the fourth. The Knicks won the game and the shot helped secure the Knicks as the first team in NBA history to reach the Finals as an 8 seed.

Ok, I think I’m going to stop there before I start licking the wood.

As an added bonus, the Cuerv-bros invited me to last night’s Knicks win over the Grizzlies. I spent most of the game sipping Cuervo with my new bestie. 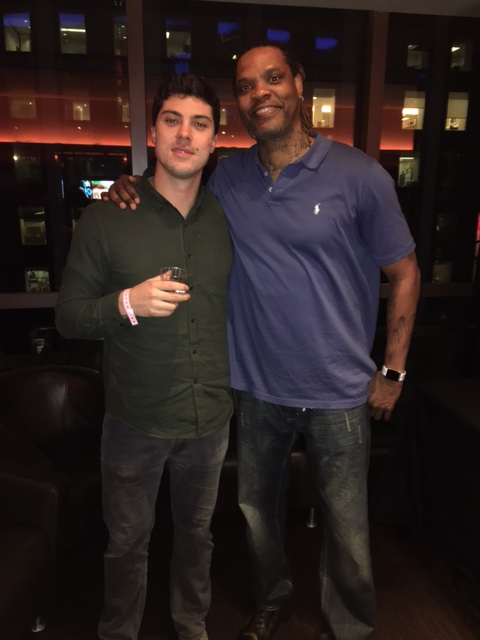 Well, it was mostly me sipping and Sprewell trying to escape my tequila breath.

P.S. That hand is a bit close to my neck for my liking.