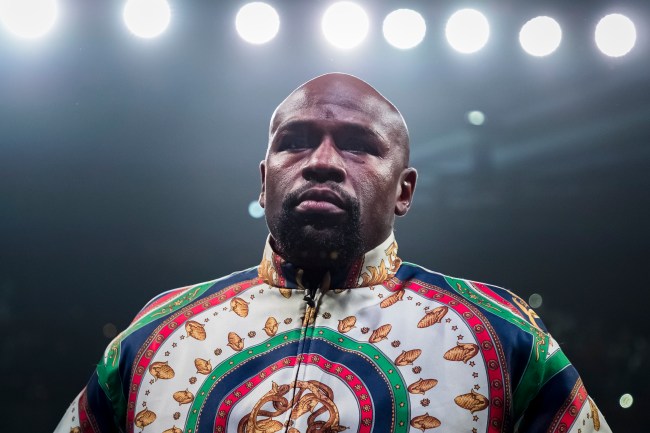 Josie Harris, the mother of three of Floyd Mayweather’s children, was found dead at her home in Valencia, California on Monday night, TMZ has learned.

The 40-year-old was found unresponsive in her car when law enforcement arrived and was pronounced dead at the scene.

The case is being treated as a death investigation as opposed to a homicide one, and no foul play is suspected.

Mayweather pled guilty to domestic battery against Harris in 2010, one of six incidents of abuse she claimed to be a victim of. In the 2010 incident, Harris claimed Floyd entered her Las Vegas home while she slept and began pulling her hair and attacking her in front of their children.

Josie Harris, The Mother Of Floyd Mayweather’s Children, Has Passed Away https://t.co/85IVmDQAm7 pic.twitter.com/C2YuGN5SjN

Harris alleged her oldest son Koraun, who was just 10 at the time, left the house to alert a security guard to call the police.

Mayweather denied the allegations in an interview with Katie Couric, despite spending 60 days in prison.

“Did I restrain a woman that was on drugs? Yes, I did. So if they say that’s domestic violence, then, you know what? I’m guilty. I’m guilty of restraining someone.”

In the wake of the interview, Harris sued Mayweather for $20+ million for defamation in a lawsuit that is still ongoing. Mayweather’s own son called him a “coward” for not coming clean after the alleged incident that stemmed from rumors of Harris dating another man.

Mayweather was acquitted of a similar charge by a Nevada jury in July 2005 after being accused of hitting and kicking Harris during an argument outside a Las Vegas nightclub. Harris later admitted she had lied to police because she was angry Mayweather left her for another woman.

Gotta feel for Koraun, Zion, and Jirah right now. Can’t imagine the pain they’re feeling over losing their mom and the resentment they feel towards their dad.