The ‘Justice League’ Honest Trailer Is As Brutal As It Should Be, More Fun Than The Actual Movie 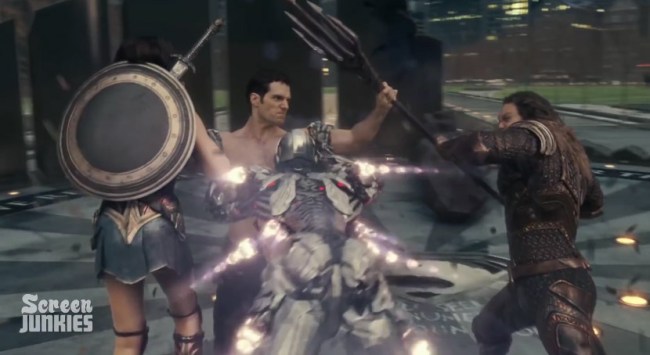 It was simply a matter of time before the kids over at Screen Junkies deservedly skewered DC Comics’ extremely disappointing Justice League movie with one of their patented “Honest Trailers.”

There was just SO MUCH material for them to use. There was the ridiculous amount of CGI, which included removing Henry Cavill’s mustache… poorly, the ridiculously overdone Steppenwolf, and poor Cyborg who became this decade’s Green Lantern.

“When the best comic book heroes, EVER, unite for a film that’s… just okay, YOU BLEW IT! AGAIN! Why does this keep happening?” the video begins, belying the thrashing to come.

Throw in some orange. Lots and lots of orange…

And you get, as the narrator of the “Honest Trailer” below says, “Somewhere between the awful Suicide Squad and the really good Wonder Woman, there’s a movie that is determined to be right in the middle – It’s Justice League!”

Oh, and don’t forget, just like with Suicide Squad, the plethora of scenes that appeared in the trailers that NEVER MADE IT INTO THE MOVIE. (But did make it into this video. Enjoy!)

If you enjoyed that, here are some other great “Honest Trailers” featuring IT, Stranger Things, Logan (which gets crashed by Deadpool), and John Wick.