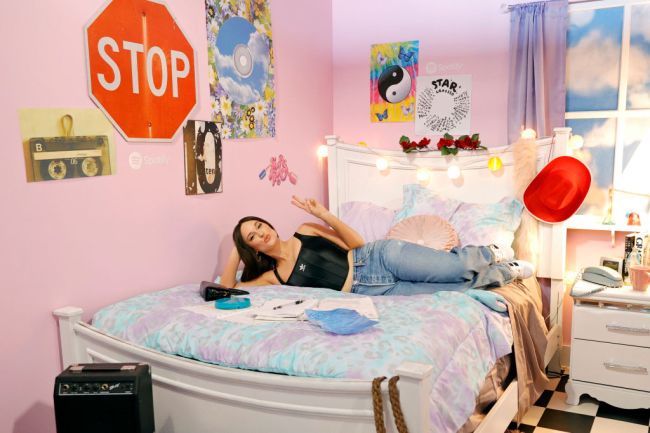 Kacey Musgraves new album ‘Star-Crossed’ was excluded from the country music category at the Grammys and she is not holding back. The 33-year-old took to Instagram on Wednesday night and clowned all over the Recording Academy.

Musgraves fifth studio album has been deemed ineligible for the country album category. It will instead compete in the pop category at the upcoming award ceremony. The Academy’s decision to exclude the Texas-native was exercised under regulations that require an album/EP/song/etc. to be “51% country.”

It is a bar that could not be more wildly subjective.

As a result, Musgraves and her team are pushing back on the ruling. On Sunday night, Universal Music Group Nashville president Cindy Mabe wrote to the Academy.

“This decision from the country committee to not accept Star-Crossed into the country albums category is very inconsistent and calls into question the other agendas that were part of this decision,” she said. “The idea that a handful of people including competitors, who would benefit from Kacey not being in the country category, are deciding what is country only exacerbates the problem.”

Mabe also went on to discuss the broken system beyond her own artist. She said that it is sad, not just for Musgraves, but for the entire genre because of how the decisions are being made. You can read the entire letter here.

Musgraves, on the other hand, chose a different approach. She took to social media on Wednesday night and dunked all over the Academy.

The hilarious diatribe began with photo from her childhood.

And then she proceeded to go off on Instagram. She posted photos and videos from her time performing throughout the years.

Each story featured a legendary country artist. She asked them, rhetorically, whether she should be considered country,

If you haven’t heard ‘Star-Crossed,’ you should give it a listen and decide for yourself.

In a lot of ways, Musgraves is more country than many of the EDM or “Trap Country” influence that is taking over the radio airwaves. She actually embraces a lot of the Latin influence in Texas country and Tejano music.

Even though the album is different than a lot of music out there, it is inherently country. To say otherwise would be like sprinkling oregano on french fries and calling it Italian food.