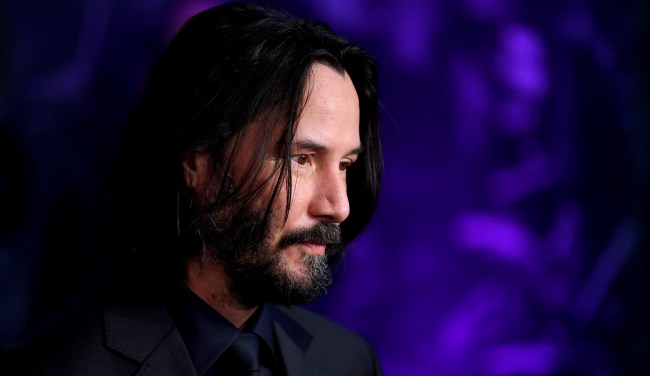 He is one of the few people in Hollywood who seems to actually get it. He seems to understand that he is blessed to be who he is, to get to do what he does, and understands that the world doesn’t revolve around him.

This was never more apparent than when Stephen Colbert asked Reeves the other day, “What happens when we die?”

Not this his thoughtfulness is anything new. From being one of the most down-to-earth and friendly stars we’ve ever seen to his quietly supporting various charitable causes, Reeves has shown us time and time again how to just be a decent person.

Another thing that is very fun with regard to Reeves putting out another John Wick film is the each time he does it we get to see some of the coolest training and behind-the-scenes stuff that happens on those sets like Halle Berry’s kickass weapons training and how Reeves got into “killer” shape for the movie.

Plus, we also get to see him do something he rarely does: interviews. Recently, while making the promotional rounds for John Wick: Chapter 3 – Parabellum, Reeves was discussing various aspects of the film when he asked if he were a real-life assassin which mundane object he would use?

Solid enough question, right? I mean, we’ve already seen John Wick famously used a pencil, and in the first trailer for John Wick 3 he used a book to kill NBA player Boban Marjanović, so, what else could he use that would just be lying around the house to kill someone?

“What would John Wick do?” – that’s my new mantra in life.