If Quentin Tarantino Ever Made ‘Kill Bill 3’, He’d Cast Uma Thurman’s Daughter, Have Them On The Run Together 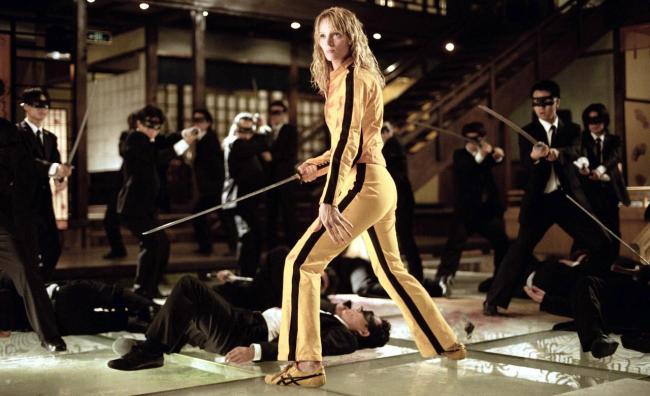 Man, shout out to Quentin Tarantino, because my dude has turned into an absolute content FACTORY this week as he does the press rounds promoting his new, and first, novel: Once Upon A Time In Hollywood. I believe this is the fourth article I’ve written about him this week: the first about his flirtation with the idea of remaking Reservoir Dogs, the second being about his reveal that Jennifer Lawrence read for a part in the film (the role ultimately played by Dakota Fanning), while yesterday’s story was a dispelling of a popular fan theory about Cliff Booth.

Today’s article, though, is not about Once Upon A Time In Hollywood at all, but rather, a film that doesn’t even exist: Tarantino’s now mythologized Kill Bill: Vol. 3.

During a recent appearance on Joe Rogan’s podcast, Tarantino was asked about the long-fantasized hypothetical third film and revealed that if he were to do it, he’d want to ask Uma Thurman’s daughter Maya Hawke in the role of Bebe, the daughter of The Bride.

“I think it’s just revisiting the characters 20 years later and just imagining the Bride and her daughter, Bebe, having 20 years of peace, and then that peace is shattered,” Tarantino said on The Joe Rogan Experience podcast.

“And now the Bride and Bebe are on the run and just the idea of being able to cast Uma and cast her daughter Maya in the thing would be f—ing exciting.”

Given Tarantino’s threat — yes, I take it as a threat — to retire after his next film, it’s doubtful his final movie is Kill Bill: Vol. 3. Still, of all the many unmade Tarantino projects that have fallen by the wayside over the years, Kill Bill: Vol. 3 has always felt the most realistic.