Kim Kardashian Says 7-Year-Old Daughter Did Painting That Looks Like A Bob Ross, No One Believes Her 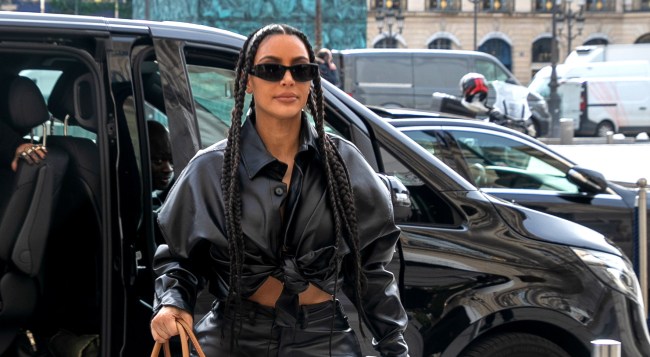 On Monday, Kim Kardashian posted a picture to her Instagram account of a Bob Ross-style painting that she says was done by her 7-year-old daughter North West.

Now, obviously being the offspring of Kanye West, a man overflowing with creativity, would give a child like North West a leg up when it comes to things like painting.

Plus, Kanye is not just talented in the music field, he also has a bit of a visual artist in him as well.

That being said, if North really did do that painting all by herself then she’s already on course to pass her dad’s skills with a brush.

The problem is, almost no one on the internet believes Kim Kardashian when she says that North painted the scene which looks like it came straight out of a Bob Ross video.

Same energy as on The Office when Pam said Cece created the drawings that she did. Only difference is that Kim probably didn’t paint this either 😂😂😂 https://t.co/fCWnW5agSg

i’m supposed to work but i can’t stop thinking about how north west did not paint this pic.twitter.com/W4J7886Muj

If North West painted this then I singlehandedly produced My Beautiful Dark Twisted Fantasy. pic.twitter.com/O8zseJcW7G

Don’t underestimate the ability of children. My dog is only 7 and painted this yesterday pic.twitter.com/gRGzbe0JYb

My first thought is that THIS part was North’s contribution 🤣 If she really did this whole thing, she’s incredible. SEVEN??? pic.twitter.com/9PCcb1qGxF

I am a firm believer that north west did in fact paint the Bob Ross inspired painting. Any neigh sayers will be prosecuted by my lawyer Kim.

This woman, however, believes it is entirely possible that North created that painting, saying her mom, who has been an art teacher for 30 years, uses that very painting in teaching most of her classes and even says she taught North how to paint the same one two weeks ago?

i think she did actually! pic.twitter.com/lvoypDNmko

So, are you buying it?