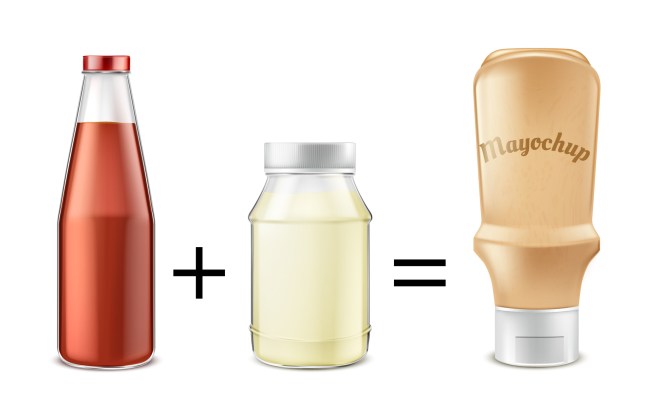 Kraft Heinz has changed the mainstream condiment game as we know it over the past year. They’ve released new hybrid condiments including Mayomust (mayo + mustard), Mayocue (mayo + barbecue sauce), and Mayochup which is a mixture of ketchup and mayonnaise.

For condiments enthusiasts, these mixed sauces are nothing new. That ‘special sauce’ at your local deli has probably been serving up something similar for decades on sandwiches and your favorite local burger spot has probably been putting a hybrid sauce on the burgers and fries.

Thanks to Kraft Heinz, this is the first time these hybrid sauces have been sold pre-mixed in grocery stores all across America. I’ve tried all four hybrid sauces (Mayochup, Mayocue, Mayomust, and Kranch) myself and I have to say that they’re actually pretty good, so I don’t fully understand all of the initial blowback from customers.

However, I do understand why Kraft Heinz was forced to acknowledge the ‘unfortunate translation’ of one of these sauces. This all reminds me of the 30 Rock ‘Funcooker’ episode where they couldn’t come up with a suitable name for their miniature microwave:

So what’s the story here? When translated into a dialect of Cree, a language spoke in northern Ontario, it means something the brand probably isn’t super stoked about:

Mayochup, which was a crowd-sourced name, can mean something entirely different in some Cree dialects, according to linguists and Cree-speakers.

Arden Ogg, director of the Cree Literacy Network, said that around the community of Moose Factory in northern Ontario, the name can be heard as “s— face.”

“(This) happens to match the very vulgar English idiom for extreme drunkenness, and so it begins to be used that way, at least around Moose Factory,” said Ogg in an email.

She said mayo sounds like the Cree word “meyiwi,” which means feces, while the second half sounds like eye, which in parts of northern Ontario is also used to mean face. (via The Star)

Mayochup can translate in Cree to “shitfaced” or “shit is on my face”. https://t.co/YaE4Eai7pE

Honestly, I see this as a complete win for the brand. Who wouldn’t want to slather Mayochup sauce on their food when they’re shitfaced. Seeing ‘shitfaced’ on the label in the native Cree language is only a reminder that it’s a sauce to use liberally on your leftover food when you get home from the bar, right?

It seems like the brand is taking this translation pretty literally and recognizing it as meaning you have actual shit on your face and not the act of being shitfaced, at least that’s the ipmression I’m getting based on this quote:

Heinz spokesman Michael Mullen said the company has heard of the translation, which has caused a stir on social media.
“We have heard about the unfortunate translation of Mayochup in Cree, and the only thing we want our consumers, whichever dialect of Cree they speak, to have on their faces this summer is our newest condiment mash-up,” said Mullen in an email. (via The Star)

Cree is spoken by almost 100,000 people in Canada. It’s the most widely-spoken Indigenous language in the country. So this isn’t like it’s a problem that only affected a few hundred people. That’s A LOT of native Cree speakers seeing the ‘shitfaced’ sauce on shelves.

Now I’m sitting here wondering if it’s somebody’s job to take a potential product name and run it through Google Translate for every language in the world before it’s approved, or if there’s some sort of software out there that automates this for brands, and if that software doesn’t exist yet why haven’t we created it and sold it to these brands yet?