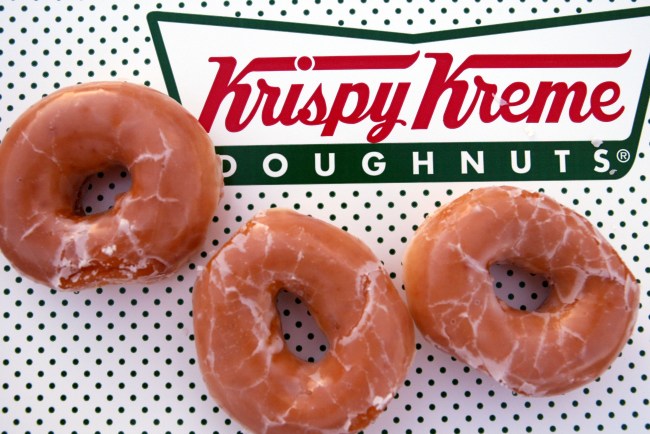 Back when I was in middle school, we had a number of fundraisers every year designed to make your relatives, your parents, and their co-workers feel guilty about not buying a magazine subscription or a few rolls of wrapping paper to support schoolchildren. However, there was one yearly tradition that attracted far more donations than any of the others: the chance to buy some Krispy Kreme donuts.

It’s hard to believe, but there was once a time during the artisanal donut revolution when many people lived in regions where Dunkin’ Donuts had a stranglehold on the market. While I would never badmouth the chain that brought Munchkins into the world, it’s hard to argue their donuts even come close to the ones sold by Krispy Kreme.

You normally have to drop around $8 if you want to get your hands on enough donuts to feed your craving for the melt-in-your-mouth sweets. However, if you’re a fan of cheap food (and waiting in line forever) you should know that Krispy Kreme is offering a dozen of its classic donuts for $1 on June 27. According to Business Insider, there is sadly a catch: you have to buy another dozen at regular price (with that said, you can never really have too much Krispy Kreme in your life— especially if you throw their wares in the microwave).

The chain will also be releasing a limited-edition Glazed Confetti donut, following in the spirit of some covered in Reese’s and made with your favorite cookies.