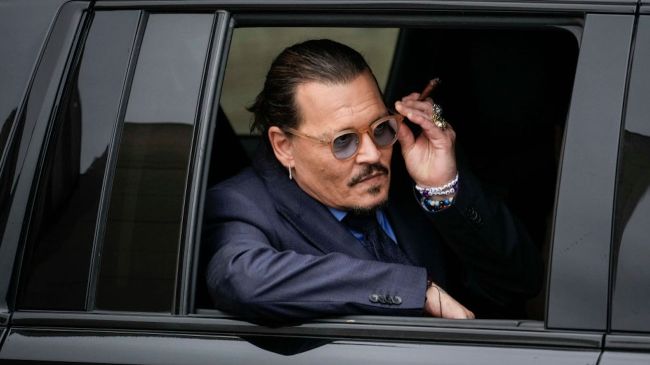 Last week, we brought you the reports that Johnny Depp had arrived in France to begin filming his first movie following his defamation trial victory over his ex-wife Amber Heard. Titled La Favorite, Depp, 59, will be playing the infamous King Louis XV.

According to a report from Bloomberg, while the movie has yet to even begin production, Netflix — struggling quite mightily this year — has acquired the rights to stream the film in France.

Netflix Inc. has acquired the rights to stream Johnny Depp’s next film in France, a deal that will help fund the actor’s first feature role following his defamation trial against ex-wife Amber Heard, and what he claimed was a wider boycott by Hollywood studios.

The entertainment giant has licensed the rights to stream the film in the country 15 months after its release in theaters, according to people familiar with the matter who asked not to be identified because the terms haven’t been announced publicly. The company does not have the rights for the film outside of France. [via Bloomberg]

However, while the film will hit Netflix France in 2023, there is no indication at this time whether or not La Favorite will be made available to stream in the United States.

Obviously, while fans of Depp will certainly be glad to see that he’s acting again, they’re likely waiting for an indication of what the actor’s next major American project will be.

In addition to rebooting his film career, Depp is also embarking on musical endeavors, as he’s releasing an album with Jeff Beck titled 18 later this summer. Then, in the summer of 2023, he’ll be on a European tour with his band The Hollywood Vampires, which also features Alice Cooper.

RELATED: Insane Rumor Suggests Johnny Depp Has Been Offered $300M To Return To ‘Pirates’ As Jack Sparrow — Rep Shuts It Down