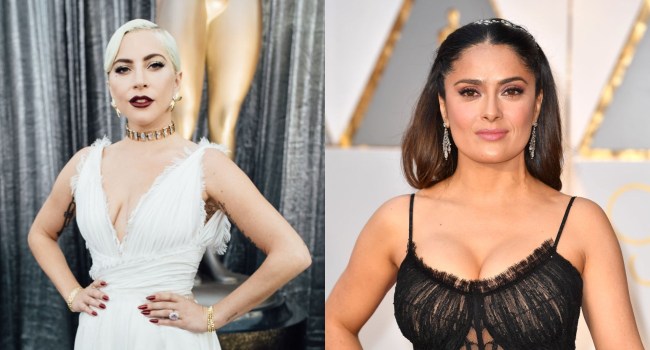 Depending on who you talk to, opinions of Ridley Scott’s House of Gucci will likely vary. That’s certainly evidenced by its scores on Rotten Tomatoes, as the film currently boasts a 63% critics score and an 83% audience score.

While I’ve yet to see House of Gucci for myself, I can already promise you that the film would’ve been better had it included this proposed storyline from Lady Gaga.

During a recent Q&A session about the film, Gaga revealed the relationship between her character, Patrizia Reggiani, and Salma Hayek’s character, Giuseppina “Pina” Auriemma, was set to be much more intimate than what ultimately wound up in the film. I’m not sure I’ve said this too often, if ever, but I certainly agree with Lady Gaga on this one.

“There’s a whole side of this film that you did not see, where Pina and I developed a sexual relationship,” Lady Gaga said. “Director’s cut, who knows. This is a testament to [Ridley Scott] as a director because he allowed us to go there, and I remember being on set with Salma and going, ‘So after Maurizio dies, maybe it gets hot?’ And she was like, ‘What are you talking about?’”

Lady Gaga says that her and Salma Hayek’s ‘House of Gucci’ characters developed a sеxual relationship in scenes that didn't make the final cut. pic.twitter.com/yuU5Ov2nis

RELATED: Jared Leto’s Performance In ‘House of Gucci’ Is Getting Hilariously Bodied By Virtually Everyone, Including Tom Ford