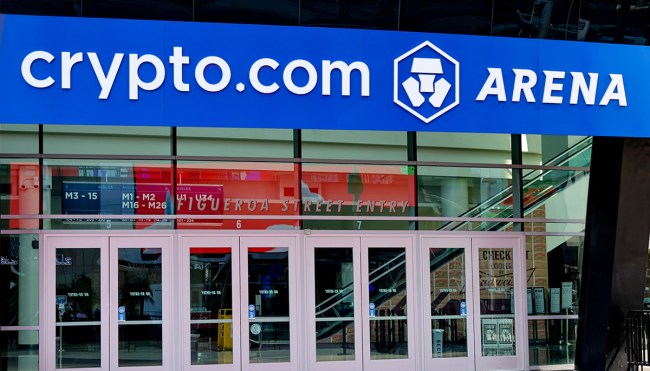 It’s been over four years since a lot of people got their first lesson in the downsides of investing in Bitcoin and other cryptocurrencies courtesy; one that came following a year of wild gains that saw the digital sensation peak at close to $20,000 at the end of 2017 before the bubble burst in fairly spectacular fashion en route to it dropping below $7,000 just a few months later.

However, crypto would eventually return with a vengeance toward the end of 2020 thanks to a new boom that coincided with the rise of NFTs.

The new rally was no stranger to volatility, and while it was greeted by plenty of skepticism from people who questioned the utility of pictures of digital apes that routinely fetched some truly staggering sums, those voices were arguably drowned out by the insufferably vocal crypto evangelists watching prices rocket toward the moon with seemingly no end in sight.

However, that changed virtually overnight this week after the crypto market was once again the victim of a virtually unprecedented crash that resulted in the price of virtual assets cratering across the board to the tune of upwards of a trillion dollars in value.

Only time will tell if the market will bounce back or if things will only get worse from here, but one thing is for certain: the development has provided plenty of people who saw it coming with a massive dose of schadenfreude. There’s no guarantee they’re going to get the last laugh, but that hasn’t stopped them from making plenty of jokes.

That includes more than a few taking aim at Crypto.com, the company that subjected us to that insufferable commercial featuring Matt Damon and sponsors what is now officially known as “Crypto.com Arena” after securing the naming rights to the venue best known for being the home of the Los Angeles Lakers for the next 20 years.

I hope the lakers got crypto . com’s naming rights money up front

CEO of Staples, getting the naming rights back to Crypto dot com arena: You know what never goes out of style? Printer toner and office furniture.

a perfect metaphor for the death of crypto pic.twitter.com/0VhYPfXoRF

a lotta yall still dont get it pic.twitter.com/A0Hft9523W

Within 5 years the Lakers will not be playing at the Crypto Arena. This is going to be another PSINet Stadium and Enron Field. https://t.co/AiWaeEwwwV