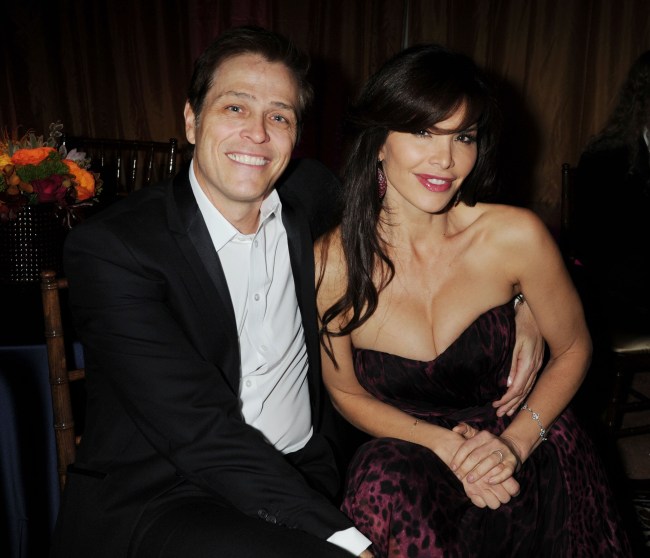 How much money would it take for you to steal private text messages and intimate photos between your sister and her new boyfriend? Would you accept $10 million? $1 million? $500,000? $50? Or would no amount of money entice you to betray your sibling? For the brother of Lauren Sanchez, he was happy to sell out his sister to the National Enquirer according to new media reports and for way too low of a price.

The Wall Street Journal is reporting that Michael Sanchez, who is the brother of Lauren Sanchez, sold the personal text messages of Jeff Bezos to the National Enquirer. Lauren’s brother delivered romantic messages, racy sexts, and nude photos of the Amazon head to the grocery store tabloid.

The WSJ report states that Michael Sanchez started talking to the National Enquirer last fall about his sister’s relationship with Bezos. Micheal took the incriminating text messages from Bezos to his sister and sold them to the National Enquirer for $200,000 according to unnamed sources. That’s just absolutely wrong. Sickening. Michael Sanchez did himself a disservice. He could have sold those raunchy sexts for double, triple or maybe even five times that price.

One would surmise that proof of the world’s richest person cheating on his wife by sending nude pics to his sidechick has got to be worth at least $500,000 to media outlets. Not to mention, Jeff Bezos has a net worth of 143.7 billion. So in a divorce, his ex-wife could ask for a lot more if she had proof of infidelity.

If you’re the lawyer for MacKenzie Bezos, you want those nude pics he sent to his girlfriend during the marriage and it would be in your best interest to buy them for $1 million to get an extra billion or two out of the divorce from the Amazon CEO. Plus, if you’re Jeff Bezos, are you a little disappointed that your dick pics are only worth $200,000? I mean, Ray J makes $360,000 a year for a sex tape he made with Kim Kardashian 12 years ago.

The WSJ story backs up a January report from The Daily Beast that fingered Michael Sanchez as the leaker. Gavin de Becker, the personal and trusted investigator for Bezos, acknowledged that Lauren’s brother was a prime suspect. “Michael Sanchez has been among the people we’ve been speaking with and looking at.” Gavin de Becker said.

In a blog post, Bezos alleges that American Media threatened attempted to extort him by threatening to publish explicit photos of him including a “dick pic” unless he stopped his investigation into the National Enquirer.

Besides the monetary aspect, there could have been a political motivation in the leak of the Amazon CEO’s messages. Michael Sanchez is a Hollywood talent manager and described himself as “gay man, a Hispanic, a West Hollywood homeowner and strong supporter of Trump” in a letter to a newspaper in 2016. Michael Sanchez has affiliations with notable players in Trump’s inner circle such as Carter Page, Scottie Nell Hughes, and Roger Stone (Read more about that HERE).

RELATED: Jeff Bezos Says National Enquirer Is Extorting Him With Intimate Photos So He Revealed What Naughty Pics Are Out There

So sorry to hear the news about Jeff Bozo being taken down by a competitor whose reporting, I understand, is far more accurate than the reporting in his lobbyist newspaper, the Amazon Washington Post. Hopefully the paper will soon be placed in better & more responsible hands!

For years, President Trump has had a relationship with American Media CEO David Pecker, who owns the National Enquirer. This may have been a high-stakes pissing contest between the elites of society. What we do know is that the Sanchez Family Reunion Cookout this summer is going to be awkward AF… unless Lauren Sanchez gave her brother the text messages to leak. Intrigue ensues. Stay tuned.