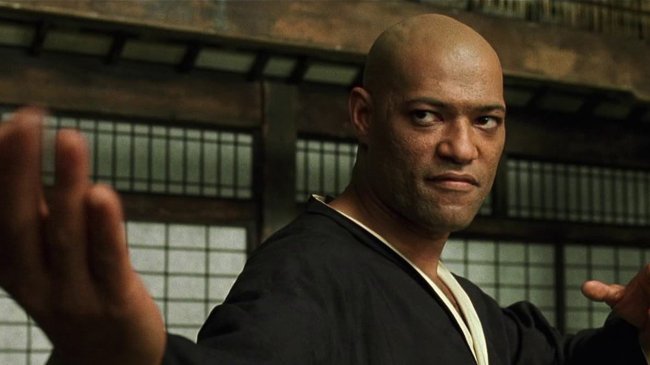 Did you know the fourth Matrix film comes out… this year?! I did because it’s my job, but otherwise, I doubt I’d have a clue, as there’s been zero marketing for the film thus far despite its scheduled December 2021 release date. Granted, we’re still a little over six months away from that time, but this is usually the time when a movie of this magnitude will release some first-look images in a splashy spread in Entertainment Weekly or The Hollywood Reporter or whatever. Perhaps some photos of Keanu Reeves back in his iconic Neo suit or something along those lines. Alas, nothing yet — all quiet on the Matrix front as we enter the dog days of summer.

When they do start to market the film, though, I’m predicting movie fans will get real hyped, real quick. Keanu Reeves is not only a bigger movie star these days than he was back in the early 2000s, but he’s become a brand — or rather, an ideology — unto himself: both Rolling Stone and the official Golden Globes website have published articles about the now 56-year-old action icon titled “The Tao of Keanu”. Plus, there’s the fact that The Matrix absolutely slaps. I’ve written about it on this website before: it’s remarkable how well the original holds up. The sequel, The Matrix Reloaded, also kicks ass. It’s not until the third movie that the franchise goes off the rails. If The Matrix 4 (rumored to be titled The Matrix: Resurrections) can land somewhere in between the quality of the franchise’s first two films, it’ll be excellent.

RELATED: ‘John Wick’ And ‘Deadpool 2’ Directors Are Helping Make ‘Matrix 4’, Say The Franchise Is ‘Coming Back With A Vengeance’

What is slightly concerning about the upcoming fourth film, though, is the apparent lack of Laurence Fishburne. The generational actor has been quite open about the fact that he wasn’t asked to return to the film, routinely telling journalists to ask the director Lana Wachowski was he wasn’t included in the story.

“No, I completely understand that. That makes sense. It would make sense that people would ask me that, so it doesn’t get old,” Fishburne recently told Collider. “I am not in the next Matrix movie, and you’d have to ask [director] Lana Wachowski why, because I don’t have an answer for that.”

Maybe (probably) Fishburne is a better man than I, but his gregariousness regarding the fact that he was not asked to reprise his most iconic role in an epic, decade-plus in-the-making event film just strikes me as suspicious (this Collider is far from the first time he’s discussed it). Perhaps he’s fuming behind the scenes and just puts on his friendly actor face when asked about it in public. But the professional entertainment writer — and life-long movie fan — in me simply has a hard time believing that Fishburne won’t return in Matrix 4 in some capacity, as Morpheus is as key to the story as Neo is.

Oh, and one last thing — I’m guessing we get *some sort* of Matrix marketing attached to the release of The Suicide Squad in August: similar audiences, same movie studio (Warner Bros.), and six-ish months ahead of a film is usually when full trailers start to roll out.