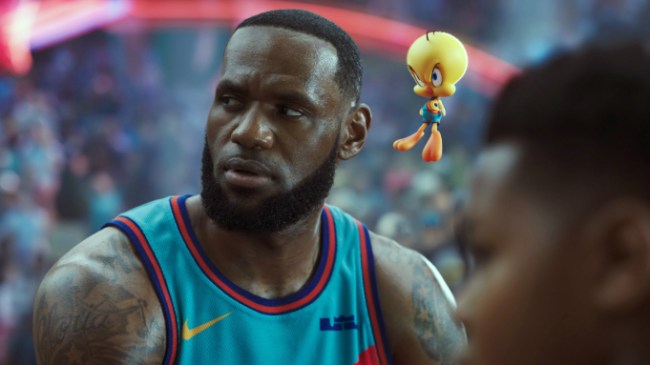 Folks, Michael Jordan wasn’t a good actor either. Let’s just make that clear. Remember when they made you put on drunk goggles in middle school (which are retroactively hilarious — I’ve been pretty smashed in my lifetime and my vision’s never been that bad)? 1996’s Space Jam is largely viewed through nostalgia goggles, as its perception is far different than its actual nature.

But what Jordan had going for him, other than being far less divisive than LeBron currently is — a sign of the time more than anything, if you ask me –, is that he didn’t play during the age of social media, which serves as its own judge, jury, and executioner on any and all topics. And when it comes to LeBron’s acting in Space Jam: A New Legacy, the verdict is resoundingly harsh:

Space Jam 2 was a proper goofy film, LeBron’s acting is hilarious tho 🤣

i love lebron but his acting be mid pass

25 minutes in the new Space Jam (kids begged) and I have to say. Lebron James acting is super cringe. It’s so bad. 😂😂😂😂

Just finished Space Jam 2. I thought LeBron had some decent acting skills in trainwreck but definitely doesn’t show it in this joint

LeBron’s acting is far from the only aspect of Space Jam: A New Legacy, as critics have been lampooning the film itself for being so crammed with references to other Warner Bros. intellectual property that the project feels like more of a commercial for HBO Max than it does a movie. As things currently stand, Space Jam: A New Legacy has a 36% critics score on Rotten Tomatoes. The early reaction from regular movie fans hasn’t been all that pretty, either.

Still, all that said, Space Jam: A New Legacy remains a movie that was ultimately made for children: if it racks up eyeballs this weekend regardless of its quality, Warner Bros. will see it as a win.