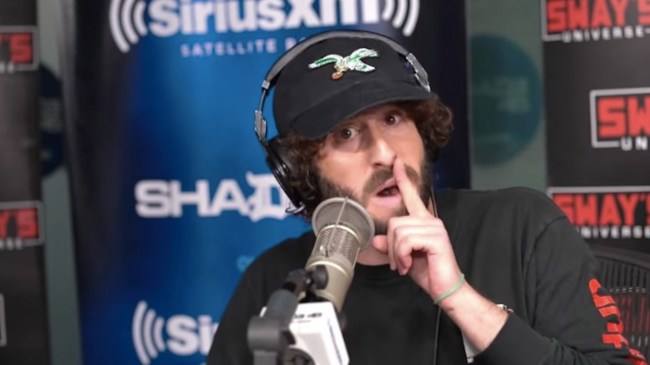 When it comes to the modern rap game, there are few — if any — talents quite like Lil Dicky, AKA Mr. Leftward Sloping Penis, AKA Firm Handshake, AKA Slim Boner.

Bursting onto the scene back in 2013 with his uniquely hilarious YouTube videos, Lil Dicky has since become one of the most eclectic talents in the industry, seamlessly transitioning from comedian to rapper to actor and back again.

And while LD hasn’t released a full studio album since 2015’s feature-filled Professional Rapper (which featured the likes of Snoop Dogg, T-Pain, Rich Homie Quan, Fetty Wap, Brendon Urie), that doesn’t mean that he’s been resting on his laurels.

In recent years, the Philadelphia born rapper has put out an EP (as his alter ego “Brain”), created an elaborate animated music video featuring essentially everyone in Hollywood, and produced a comedy series for FX that’s loosely based on his life as an up-and-coming rapper. Not too shabby for a guy who calls himself The Original Pancake.

However, just because Lil Dicky — born David Burd — has interests outside of the rap game does not mean he’s lost touch with his true talent, as his recent appearance on Shade45’s Sway In The Morning reminded everyone in the rap game why he’s one of its most exciting talents.

As for when fans can expect to have LD back in their lives completely, not much is known about the release date of his new FX show or his next studio album.  That said, if there’s anything we’ve learned about Lil Dicky over these last few years, the man is a creator who is going to express himself one way or another.