Lululemon Ambassador Posts A ‘Resist Capitalism’ Initiative In Her $140 Leggings 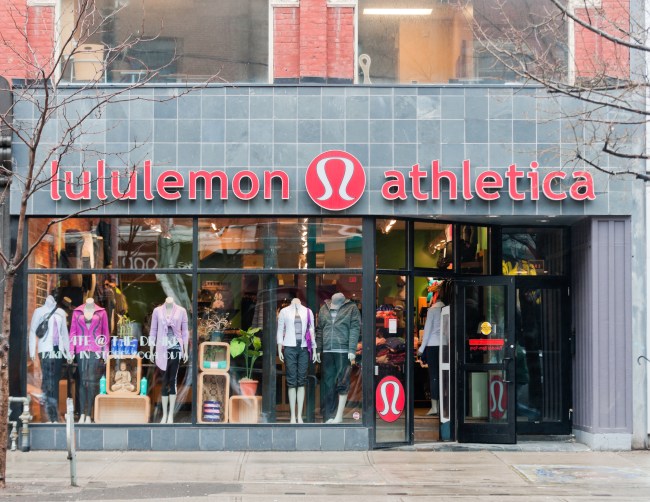 A Lululemon brand ambassador wants you to resist capitalism, which seems like a bold strategy coming from a company that sells wildly expensive yoga apparel:

Fox Business– The publicly traded athleisure brand, which sells leggings for upwards of $120, is facing backlash for recently posting a “Five to Follow” list on Instagram with one of its brand ambassadors promoting a workshop and its plans to “unveil historical erasure and resist capitalism,” according to the post.

The brand’s ambassador instructor Rebby Kern, a self-proclaimed “social justice warrior,” according to her website, is featured in the graphic posted to Lululemon’s Instagram page, promoting a class called “Decolonizing Gender.”

I can understand this class coming from the yoga leader of Habitat for Humanity. But a for-profit athleisure brand worth $40 billion? Seems like the sort of message that might be at odds with the board.

Twitter did its thing so we don’t have to:

Lululemon hosting a workshop to "resist capitalism" while selling us $180 yoga pants is peak 2020.

The campaign brought to mind the quote attributed to Lenin that “When it comes time to hang the capitalists, they will vie with each other for the rope contract.” Lululemon will sell you the rope in various colors plus some “hotty hot” styles for $60. https://t.co/LllM9pSbkQ

That last one is a bit academic, but thanks Jonathan. What a wonderful illustration you paint.