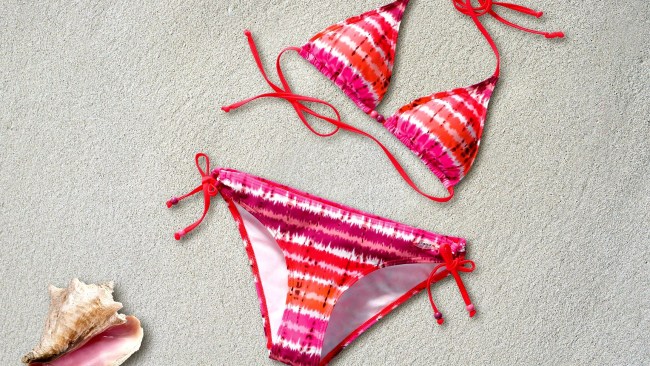 I suppose if you are dating a magician then you have to expect a certain amount of trickery taking place in your life. That being said, this particular magician, pulled off a stellar prank on his girlfriend at the beach by secretly swapping out her bikini with one that dissolves in water, has some serious stones.

The magician, Julius Dein, and his girlfriend, Estelle, were getting some sun and sand recently and so Estelle could show off the new bikini she had just received after ordering it on the internet.

Little did she know as Dein filmed her wading into the sea that he had secretly swapped out the bikini she ordered with a dissolvable one.

The deeper Estelle got into the water, the more difficult it became for Julius to contain his laughter, knowing exactly what was about to take place.

Dein commented in the video, “According to the instruction manual, it should take 15-30 seconds for the chemicals to kick in to make the bikini dissolve.

“This is so bad but so good,” Dein says as she gets completely submerges her body in the water.

Needless to say, Estelle was left in a state of confusion at first, telling Dein, “My bikini! I think I lost it!”

Somehow he managed to keep a straight face as she continued to wonder what had happened to her suit.

23 million views that video has now received. 23… million… since Saturday. I should have been a magician.

A quick look at the rest of Dein’s social media and it’s obvious that she should be well used to his pranks by now.

The levitating water magic trick! 🎩 Filmed at the epic @losamigostulum residence 🔥☀️ with the evil @swealife 🌹

She is one hell of a good sport.