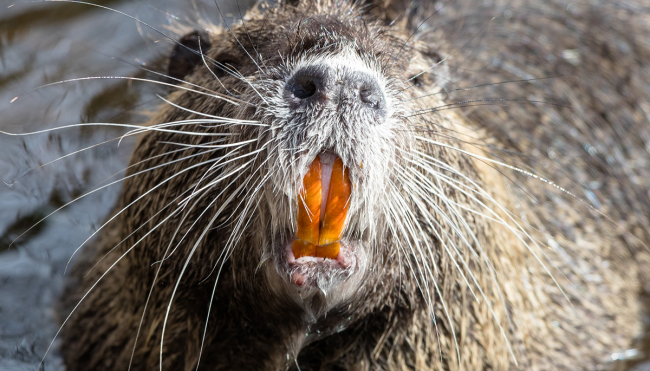 One of the nice parts of getting your nature fix in New England—as opposed to, say, the Alaskan wilderness or Australian outback—is that the list of animals with the potential to turn a pleasant walk in the woods into a living nightmare is pretty small.

Sure, there’s a slim chance you’ll encounter a black bear or a couple of species of venomous snakes, but those bites are the least of your worries compared to those delivered by the wildly more ubiquitous ticks and mosquitos with the potential to burden you with some incredibly debilitating diseases.

However, based on the story a Massachusetts man shared with the Greenfield Recorder earlier this week, particularly paranoid people making excursions in the region might need to add a new entry to their list of fears: beaver attacks.

The outlet spoke with Mark Pieraccini, who said he was minding his own business while taking a dip in a pond tucked away in the northwest part of the state when he encountered what he initially believed was a “weird mutant lake trout.” The 73-year-old quickly discovered he’d drawn the ire of a beaver when it attempted to bite his head after surfacing, sparking a five-minute attack where he eventually found himself fighting for his life.

Pieraccini said the punches he repeatedly threw over the course of the ordeal did nothing to dissuade the beaver, and he eventually swapped the “fight” strategy for the “flight” approach after realizing he was on the verge of drowning thanks to the amount of energy he’d exerted in an attempt to stop the assault:

In addition to the bite marks scattered across his body and the multiple chunks of flesh the beaver managed to tear off, Pieraccini also broke a finger on one hand and tore a tendon in the other during the unprovoked attack. However, he still managed to bike over a mile-and-a-half before getting to his car and taking a trip to the emergency room,

Once he arrived, he was treated for the aforementioned injuries in addition to receiving five shots to ward off rabies, as the doctor who tended to the wounds believes the disease was the catalyst for the first beaver attack he’s ever encountered. The physician said he plans to cover the incredibly rare incident in a medical journal, and Pieraccini says he hopes his story will make people think twice about how they interact with wild animals and be more aware of humanity’s impact on the natural habitats they call home.