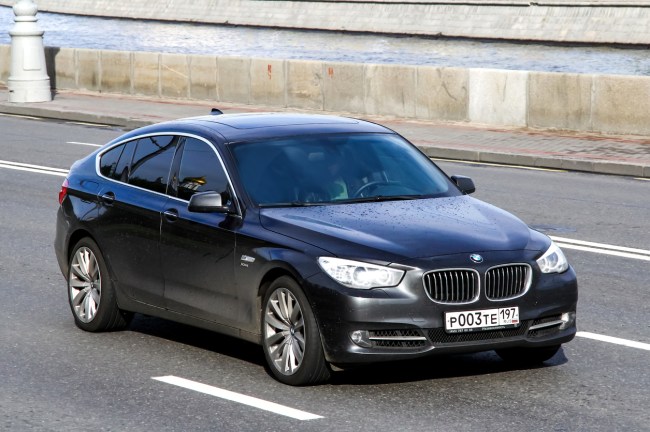 Today’s music leads a man to believe that his self-worth is directly proportional to the make and model of his Beamer, Benz, or Bentley; when in reality, car manufacturing on the whole has evolved so much, you no longer have to pedal a Kia or suffer a concussion after hitting a pothole in a Hyundai.

But until we stop shaming Melyssa Ford for driving a Honda Accord (a finalist for our 2020 Best Midsize Car for the Money award), we will continue to read stories about Eric Dion Warren.

According to Justice.gov, Warren—a 50-year-old Texas man—was sentenced to 20 years in federal prison after driving a car dealership loaner to the bank, robbing it while the sale of a black BMW was being finalized, and then attempting to purchase said BMW with the stolen cash.

Prosecutors say he drove a vehicle loaned to him by a car dealership to rob a bank in Texas and brought the money back to try and use for a down payment on a BMW, now Eric Dion Warren is headed to prison. https://t.co/A2ksEHc0sV pic.twitter.com/Y2wYKiqAWy

(If that face doesn’t scream I Fucked Up, we’re looking at different photos).

The teller gave Mr. Warren money from her drawer including strapped twenty-dollar bills with recorded serial numbers.  After the teller placed the money in Mr. Warren’s bag, he said, “Don’t push any buttons” and then fled the scene with several thousand dollars currency.

Mr. Warren, ever the showman, arrived back at the dealership waving the stolen cash, ultimately putting $3,000 as a downpayment. While in the finance office, according to Justice.gov, the dealership received a phone call informing them of the robbery, and an employee realized that the vehicle used in the bank robbery matched the vehicle the dealership had loaned to Mr. Warren. Gotcha.

To add insult to injury, police found a painted pellet gun (intended to resemble a real handgun) that Warren tried to ditch.

Stands on soap box: Yes, Warren has some demons and jail may be the best place for him at the moment, but 20 years? The statutory maximum? What kind of soulless judge wouldn’t shave 10 years off that sentence if for nothing else but creativity and outside-the-box thinking? Who was his lawyer, a bag of rocks?