How Many F*cks Does This Airline Passenger Who Sparked Up A Cigarette 30,000 Feet In The Air Have Left To Give? (Hint: Less Than 1) 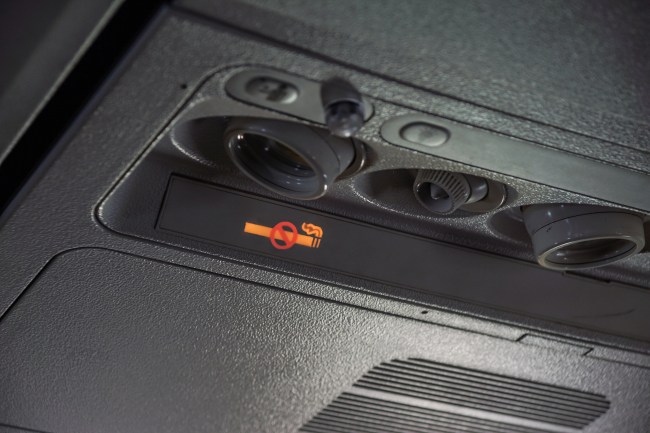 There is no wider spectrum of human behavior than the characters you find on an airplane. There are civil, law-abiding citizens, and then there are people like this woman who got kicked off a flight for twerking and challenging another passenger to a fight. Or this dude who forced the plane into a diverted landing after refusing to stop doing pull-ups on the overhead compartments. Or how about the people who lie about having sex in an airplane, as if those bathrooms can fit anyone who doesn’t have the body type of Michael Cera.

Today we have been blessed with another case of airplane debauchery, as a man aboard an Spirit Airlines flight to Minnesota sparked up a dart mid-flight like it’s the fucking 80s.

In this man’s defense, I was under the impression that the only rules of Spirit Airlines are that there are no rules.

‘Throughout the flight, I could hear him making loud outbursts. Roughly 40 minutes before we landed, he laid across the two seats with his butt towards me. He continued his loud outbursts and began aggressively flipping the tray open and closed, then he sat up,’ the woman who filmed the video said, via Daily Mail.

‘I saw him take the cigarettes and lighter out of his pocket. I pulled out my phone and started to record as he lit the cigarette. The man across from us became nervous and flagged the attendant down as I recorded,’ she explained.

Look at this dude’s ‘Is this guy fucking serious?’ face. Classic. 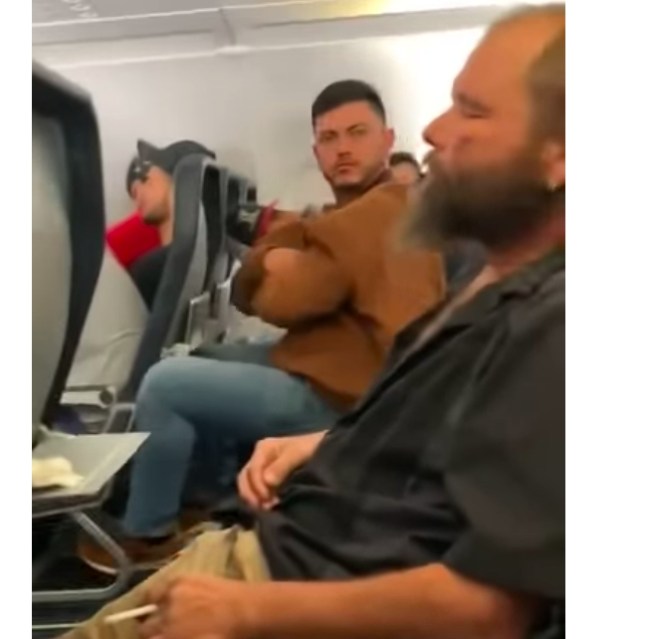 ‘The attendant put the cigarette out on the tray and took his boarding pass. He didn’t have any other issues, and when we landed, the airport police took him off the flight first,’ the woman who filmed the video said.

While it’s uncertain what penalty would be imposed on this dude, the spectrum can vary. In 2011, a man flying from Tampa to Milwaukee lit up twice in the onboard bathroom. He was only fined $50.