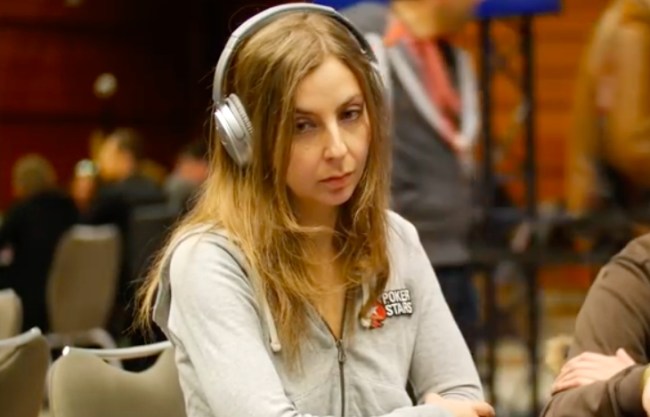 This won’t come as a huge surprise to any of you but if you want to get rich, writing is the 83,920 career you should consider. New Yorker writer Maria Konnikova knows this, and although a lofty publication like the New Yorker probably pays her a chunky salary, she’s probably not bathing in Benjamins.

But she is now.

Just over one year ago, the two-time New York Times best-selling author announced that she’d be delving into the world of professional poker as a research tactic for a new book she’s writing. At the time of Maria’s  announcement, she knew absolutely nothing about the sport.

Well, according to PokerNews.com, Maria is postponing the release of her book because she’s absolutely killing it in poker–with the help of a PhD in psychology and a legendary coach in Erik Seidel.

According to Deadspin, in January, Konnikova won $86,400 by beating a 240-person field at the PCA National and in her first tournament she won $57,000.

“PCA was the moment where everything kind of came together,” she said. “I’m learning and it’s sticking and I’m playing well. It’s a really wonderful feeling when you’re studying and working to have that validated.”

Her huge success forced Konnikova to re-evaluate her plans. With an incredible opportunity in what could be a historic poker event on the horizon, Konnikova decided she had to push the book schedule back and go all in on poker for the time being. She built a revised poker schedule, ramped up in terms of both buy-in sizes and quantity of events.

It paid off immediately, as she finished second in an Asia Pacific Poker Tour Macau event for $57,519.

Konnikova is now expected to release her book in the summer or fall of 2019.