Marijuana And Herpes: Cause And Cure? 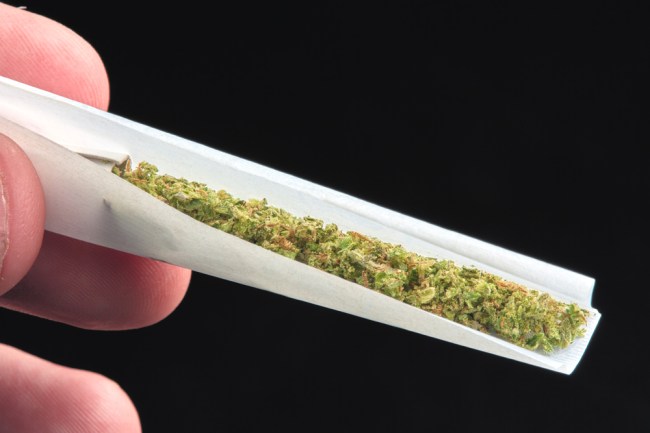 It has been predicted that nearly 50 percent of the American population between the ages of 14 and 49 will either contract or be diagnosed with herpes before the end of 2018. The herpes simplex viruses are now the leading sexually transmitted diseases floating around in the big, bad world, according to the Centers for Disease Control and Prevention (CDC).

It is a nasty, incurable plague to the human immune system that can produce blisters on the mouth and genitals, which are excruciatingly painful in the days leading up to an outbreak.

By all accounts, herpes is that one disease that no one residing in civil society wants anything to do with. But sadly, most people rubbing bellies with other living creatures during random drunken stupors are doomed to cross its path at some point in their lifetime.

Okay, so what – we’re all going to get herpes. Big deal. There are evils out there far worse than being infected by a non-life threatening voodoo virus that causes stabbing pains in the balls and gives the lips and junk of its victims the appearance of a live goiter on the armpit of the Elephant Man. But it’s a small price to pay for jumping in the sack with all of the beautiful women that this twisted world has to offer. Right? Well Bro’s, that is up to you.

But there is one tidbit of information regarding this pecker scabbing ailment that is worth some consideration. Scoring with the chicks in not the only way to catch the herp.

Although considered an STD, the herpes virus can actually spread through various methods other than the old slap and pickle tickle. It pains us to say this but even sharing a joint or marijuana smoking device with that one guy in your crew who has no qualms, whatsoever, about performing questionable acts on questionable women is a sure fire way to end up with what is referred to as the gaffle in the darkest regions of the Midwest. And we don’t know of any man who is cool with walking around looking like a horror story from the Old Testament just because he took a hit off a diseased joint.

Now, it doesn’t make us feel good to be the bearers of bad news — not in the slightest. But we feel it is imperative to inform our loyal readers that the frightening – wish we never would have heard about it — relationship between herpes and marijuana gets even weirder.

A recent article from High Times cautions marijuana enthusiasts not to smoke weed with any person who has come in contact with the feral rhesus monkey. It seems that these wild beasts are walking around Florida with a deadly strain of herpes (herpes B) that could start infecting humans. “This isn’t fake news. This is a legitimate threat,” the article reads.

“Researchers warn that all of the bodily fluids from the feral rhesus monkey—including saliva and feces—could contain killer herpes,” the article continued. “This means Floridians who regularly smoke marijuana with anyone who works with or around these monkeys on even a semi-regular basis could be at risk of waking up with mouth lesions, fever or something much worse.”

The CDC, which refers to this disease as “low risk, high consequence,” says this version of the virus can cause “severe neurological impairment” and even death.

So now that we’ve established that various strains of herpes can be spread through communal pot smoking, and that there are herpes infected monkeys running around Florida trying to snuff out the human race, there is a bit of good news we are pleased to report. Marijuana has been found to control the herpes virus and even stop it from spreading.

According to an article from The Fresh Toast, researchers have determined that certain cannabinoids could be the key to preventing herpes from taking over the world.

The article points to a study from back in the 1980’s where tetrahydrocannabinol (THC), which is the intoxicating compound in the cannabis plant, was shown the ability to suppress “the spread of genital herpes infections… in human cells that have been cultivated in vitro.”

In short, cannabis medicine, when used in conjunction with safe sex practices, could actually prevent the rest of the United States population from being sexually sidelined by this virus. It could also serve as an important treatment for those already infected.

This is great news considering that there is not yet a cure for herpes. Only prescription treatments are available. This means herpes sufferers are doomed to carry the tune Ride of the Valacyclovir until the federal government reclassifies the cannabis plant in such a way that allows it to be put under the microscope by the scientific community. It’s sad to say, but it seems we are far from living in a world where love doesn’t herp.