Respect To This 75-Year Old Marine Vet And Cancer Survivor Directly In The Path Of Hurricane Florence: ‘It’s Just Water’ 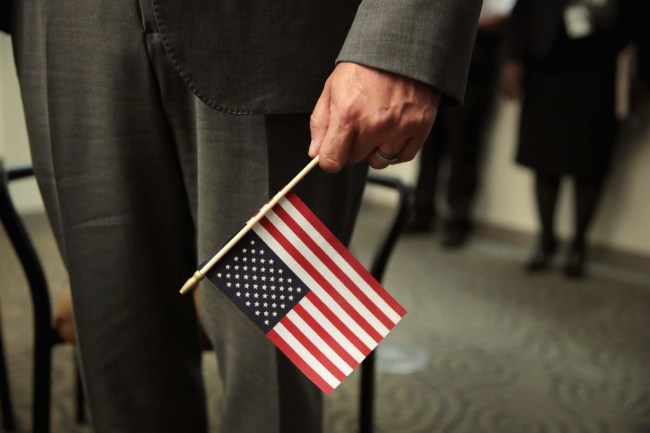 At the time of me writing this, Hurricane Florence is turning towns into rivers, with forecasters predicting that rain will reach 40 inches in some parts of the Carolinas. As of Friday morning, the storm has caused more than 620,000 power outages in North and South Carolina and forced 26,000 people into 200 emergency shelters, CNN reports. In Jacksonville, NC, a hotel needed to be evacuated after a portion of the roof collapsed from heavy winds.

And North Carolina Gov. Roy Cooper said the storm is only going to get “more violent” in the coming days.

But one man isn’t bothered one bit by what The National Weather Service has called the “storm of a lifetime.”

Daniel Brown of Business Insider stumbled across 75-year-old Marine veteran Charles Stewart sitting on the bumper of his car in a Waffle House parking lot smack dab in the path of Hurricane Florence.

How this Marine veteran plans to ride out Hurricane Florence: 'It's just water' https://t.co/Pz8sGo79RO

The twelve-year Marine vet was sipping coffee and smoking a Camel cigarette as his fellow North Carolina residents were battening down the hatches.

Stewart said he had plenty of non-perisable food, first aid kits in each vehicle, a generator, and more. “I got all kinds of stuff.”

Stewart was then approached by fellow Corp. vet Carl Foskey in the Waffle House parking lot, when the two began busting each other’s balls about their time serving out country.

“Yeah, he outranked me — he told me what to do,” Stewart said of Foskey, who served in Vietnam and the Gulf War and was a E-7 in the Marines when he got out in 1993.

Stewart told Business Insider that not only has he been through war, but he’s survived cancer twice, so a storm is least of his worries.