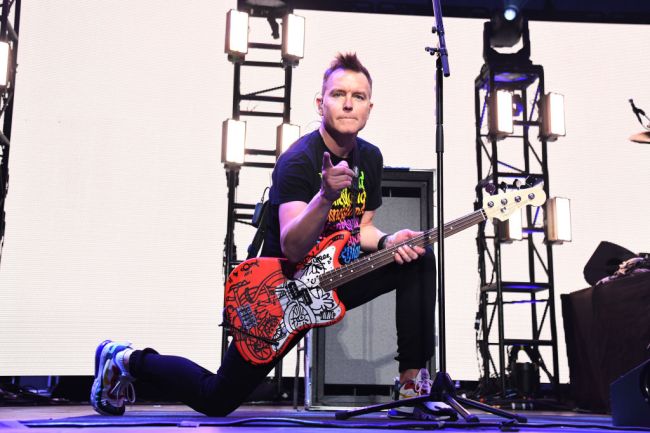 Cancer, if you’re reading this, you just got dominated. Posterized. Smashed like a Gibson guitar.

Weeks after stealing Norm MacDonald from us, you took a shot at Blink-182 frontman Mark Hoppus in the form of Stage 4 (the most advanced) lymphoma.

But six months after undergoing chemotherapy treatments, the 49-year-old announced he is “cancer free.”

“Just saw my oncologist and I’m cancer free!!” Hoppus announced to his 2.7 million Twitter followers. “Thank you God and universe and friends and family and everyone who sent support and kindness and love. Still have to get scanned every six months and it’ll take me until the end of the year to get back to normal but today is an amazing day and I feel so blessed. Can I get a W in the chat?”

Dude fuck yes!!! Just made my day. Giving you the biggest W in the chat possible 🙌🙌🙌

Actual picture of Mark as he emerged from his cancer treatment room pic.twitter.com/xuLMlxKAf4

While it can be hard to believe, there are giant strides being made in cancer treatment effectiveness.

With consistent periodic screenings, Hoppus ain’t out of the woods yet, but it’s hard to classify this news as anything other than a W.