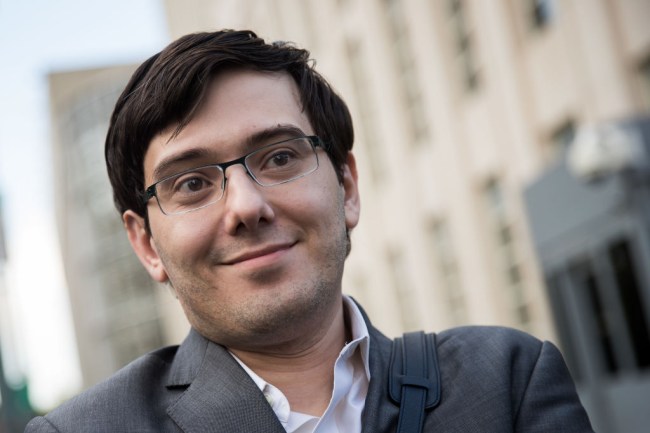 I’ve come across a number of fascinating stories during my time perusing the internet for a living but I don’t know if any of them have been as bizarre as the saga of Martin Shkreli, the infamous Pharma Bro who had one hell of a ride since bursting onto the scene a few years ago.

Shkreli initially found his name in the headlines after the company he helmed was accused of shamelessly jacking up the price of medicine an insane amount for profit, and while Shkreli vehemently denied the charges, he didn’t do himself any favors by acting like the world’s douchiest supervillain.

When everything was said and done, Shkreli found himself in court after being accused of defrauding investors out of millions of dollars in a trial that hit a snag after prosecutors were unable to find potential jurors who didn’t hate his guts—including one who said he disrespected the Wu-Tang Clan after using his illicit funds to purchase the only copy of Once Upon a Time in Shaolin for $2 million.

The government would eventually seize that album as part of a $7.3 million forfeiture and Shkreli was sentenced to seven years in a country club prison, but the saga continued after he appealed the conviction.

However, it appears his legal adventure has finally come to an end, as the New York Daily News reports a judge has upheld the conviction and the forfeiture in a seven-page ruling, saying, “We have considered Shkreli’s remaining arguments and find them to be without merit. “Accordingly, we AFFIRM the judgment of the district court.”

It’s unclear if Shkreli will also be forced to give up the unreleased diss track Drake made after getting obliterated by Pusha T, but if so, I can only hope the government gives the people what they want—nay, need—by making that and the Wu-Tang album available for public consumption.