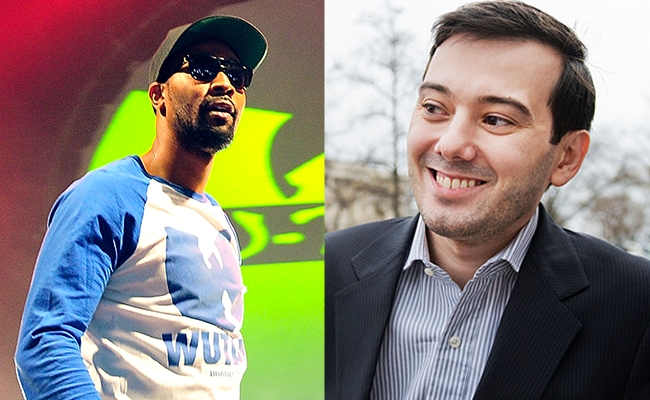 It would probably be pretty inadvisable to construct a Mount Rushmore featuring notable figures who were born with the kind of face that a Buddhist monk would have a hard time resisting the urge to punch, as you’d basically be begging people to make the trek to the monument with a shitload of dynamite in tow if you were going to immortalize them in stone.

There is no shortage of candidates with a mug that just screams “Firmly Place Fist Here,” so while I’d have a tough time picking the four finalists I think are most worthy of being featured, I’d argue there’s one person who’s an absolute shoe-in thanks to the insufferably smug expression permanently plastered on his face: Martin Shkreli.

It’s been five years since the former CEO of Turing Pharmaceuticals was villainized by the public after the company acquired the rights to a drug called Daraprim (which many people with AIDS relied on to treat infections stemming from the disease) and promptly raised the price of a pill that once cost $13.50 to $700. While the man who was dubbed “Pharma Bro” argued many patients would actually benefit from lower co-pays thanks to a price hike that made the drug 56 times more expensive than it initially cost, that didn’t stop Congress from subpoenaing him to answer questions about the increase and he didn’t do himself any favors in the popularity department by opting to plead the Fifth every time a question was thrown at him during the hearing.

By all accounts, Shkreli is a fairly intelligent guy with a fatal character flaw that leads to him reminding people how smart he is and the benefits he’s reaped as a result at every waking opportunity. He also was seemingly eager to embrace the title of World’s Shittiest Person that was bestowed upon him after finding himself in the spotlight and gave us a glimpse of what American Psycho might’ve looked like if it was set in the YouTube Era thanks to the live streams he routinely used to cement his reputation as a douchebag of unprecedented proportions.

Shortly after the Daraprim scandal broke, we were treated to an incredibly compelling subplot when it was revealed Shkreli was the proud owner of the one and only copy of Once Upon a Time in Shaolin, the Wu-Tang Clan album he’d purchased at auction for $2 million in 2015. He’d occasionally play snippets from the record while broadcasting from his apartment much to the chagrin of RZA, who said he’d be more than happy to exercise a clause in the contract that says members of the group (in addition to Bill Murray) are permitted to stage a heist to repossess it if they’re so inclined.

Shkreli appeared to take a $1 million hit after selling the album on eBay prior to being sentenced to seven years in prison for defrauding investors during his time at the hedge fund he worked at prior to Turing. However, it was on the list of assets the federal government seized in an attempt to recoup the $7.4 million he was ordered to pay back, and while it could eventually get the same treatment as the Fyre Festival merchandise that was recently auctioned off to compensate the people Billy McFarland scammed, there’s no telling when that day may come.

Once Upon a Time in Shaolin has an 88-year copyright that prohibits it from being released commercially until 2103, so while most people may never get the chance to listen to any of the 31 tracks that comprise it, we are now getting a consolation prize in the form of a movie about the saga that Netflix has acquired the rights to.

According to Collider, RZA will help produce a film named after the album that will center around the auction and the drama that ensued (although it will presumably feature elements of a backstory that’s arguably wilder than what went down after Shkreli acquired it). There’s currently no released date or information concerning who’ll star in it, but if Paul Dano’s agent didn’t hop on the phone as soon as this news broke, he needs to find a new one.