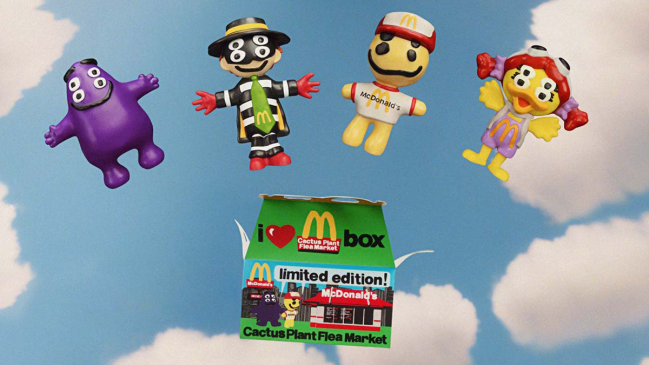 If you’ve been paying even the scantest bit of attention to the world as a whole over the past decade or so, then you’re likely very aware companies are equally aware there’s no better way to drum up some business than harnessing the pure, unadulterated power of nostalgia.

Over the past few years, plenty of brands have leaned into that reality in the hopes of hitting consumers square in the childhood feels: Goldfish linked up with the oversized jean experts at JNCO for a collaboration, Doritos revived its hallowed 3D offering, and Pizza Hut launched a line of merch inspired by the vintage a e s t h i c familiar to anyone who cashed in a Book It! coupon in the 1990s.

McDonald’s has also leveraged our childhood memories for its own benefit on a few occasions—including the somewhat infamous relaunch of the fabled Szechuan Sauce that caused pandemonium at stores around the country when it made its grand return thanks to a joke on Rick & Morty.

Nothing highlights the insanity surrounding that fad more than the fact that Deadmau5 actually dropped around $15,000 on a jug of that beloved nectar on eBay before the packets of the sauce were officially resurrected—and now, a new wave of sellers are doing what they can to cash in on another craze that was recently sparked by Mickey D’s.

Earlier this month, the folks at the Golden Arches revealed they’d teamed up with Cactus Plant Flea Market to launch a happy meal for adults, a combo that features either a Big Mac or a 10-piece order of Chicken McNuggets that comes with fries, a drink, and (of course) a limited-edition toy.

The initial demand for what was officially dubbed the “Cactus Plant Flea Market Box” was extreme to the point where some employees took to social media to ask people to stop ordering them due to the chaos they managed to cause behind the counter.

It also meant some locations had their entire supply exhausted in a matter of days—and some people who were able to get their hands on the plastic figurines are now trying to flip them for some insane profit based on eBay listings where they’re being offered for upwards of $25,000 each (one seller is even trying to sell a lot of three for more than $300,000). 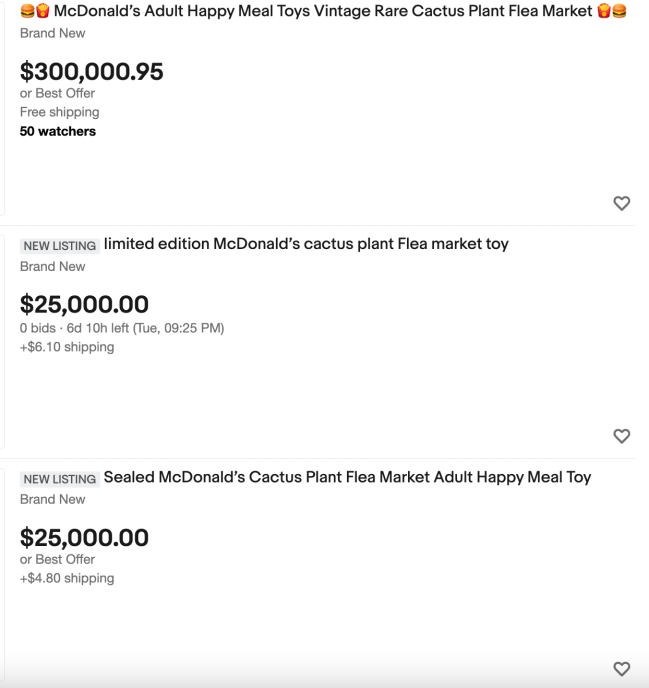 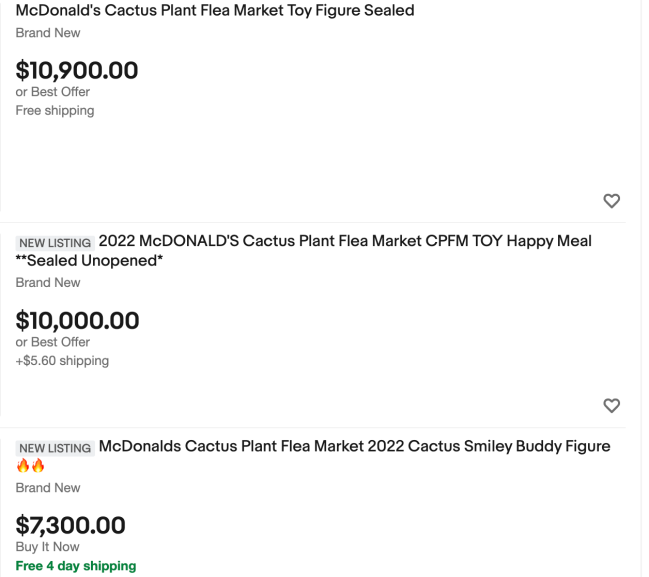 Of course, simply listing something at a certain price on eBay doesn’t mean it’s actually worth that much, and there are plenty of sellers who are offering the toys at much more modest prices; it would appear the market value of a single toy is closer to $10 or $15, which isn’t the worst return when you consider the entire meal sells for about the same price.