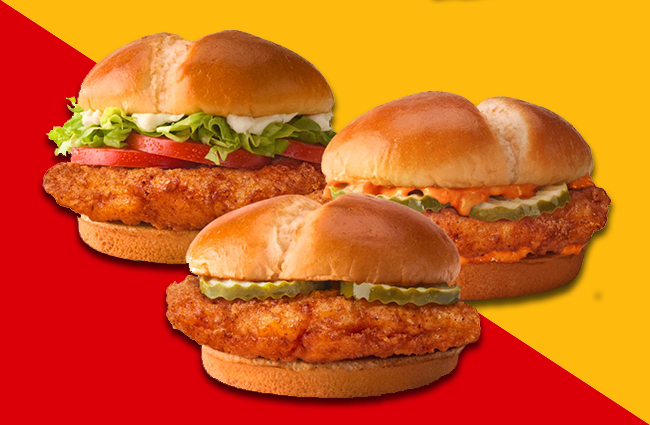 It’s somehow only been a little over a year since we bid farewell to 2019, but due to the series of events that have unfolded since then, it’s practically ancient history.

As a result, you can be forgiven if you’ve forgotten all about the Great Chicken Sandwich War that brought America to its knees after Popeye’s unleashed a new creation on the world that was the fast food equivalent of the bullet that killed Franz Ferdinand.

The restaurant eventually found itself grappling with a national shortage that led to hungry sandwich hunters threatening to fire literal bullets and stabbing other customers in an attempt to get their hands on the poultry-based prized as other chains scrambled to get in on the action—including McDonald’s, which provided Popeye’s with the sincerest form of flattery when it released some new menu items in an attempt to replicate its success.

The conflict eventually came to a fairly quiet end when the various factions eventually agreed to an unspoken truce that appears to have expired now that 2021 has arrived. This week, we learned that Shake Shack was preparing to deploy a new weapon by drawing inspiration from Korean cuisine, and according to CNN,  McDonald’s is also entering the arms race with a few upcoming offerings of its own.

When February 24th rolls around, customers will be able to get their hands on three variations of its Crispy Chicken Sandwich. The base model is fairly barebones, as the breaded patty is only complimented by some pickles, but if you’re looking to kick things up a notch, you can upgrade to Deluxe and add some lettuce, tomato, and mayo or go with the Spicy version that adds some hot sauce to the mix.

If this is a sign of what’s in store this year, I wish everyone’s arteries the best of luck.