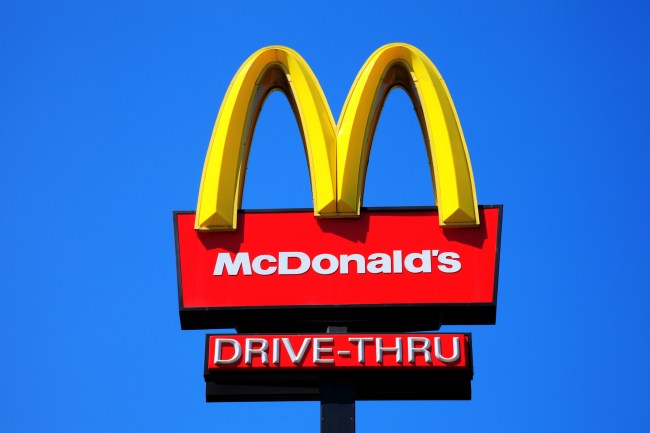 “Reflecting the broader public debate, our customers told us they wanted to see a move on straws but to do so without compromising their overall experience when visiting our restaurants,” said McDonald’s U.K. and Ireland CEO Paul Pomroy. “Over the past few months we’ve been working closely with supplier partners to find a solution that works both for our customers, and that the supply is there given the size of our business.”

The move by the fast-food giant comes weeks after the European Union proposed a law that would ban one-time use utensils such as plastic forks, spoons knives, straws, drinks stirrers and cotton buds. Under the proposed law it bans all of these plastic utensils across Europe by 2019.

500,000 tonnes of EU plastic waste end up in the sea every year.
Building on our #PlasticsStrategy, we're tackling 10 single-use plastic products and fishing gear that account for 70% of the marine litter in Europe.
We can only solve this urgent issue together. #CircularEconomy pic.twitter.com/TRKwHr6zjg

“The government’s ambitious plans, combined with strong customer opinion, has helped to accelerate the move away from plastic and I’m proud that we’ve been able to play our part in helping to achieve this societal change,” Pomroy said. McDonald’s is said to use 1.8 million straws a day in the U.K. alone.

The complete switch to paper straws is only happening in the 1,361 McDonald’s restaurants in the U.K. and Ireland for now, but McDonald’s is testing non-plastic straw alternatives in Belgium. Later this year, McDonald’s will begin trials of more environmentally friendly drinking straws in France, Malaysia, Norway, Sweden, and the United States. It is estimated that the U.S. uses 500 million plastic straws every day.

Though plastic straws are recyclable, they are often not recycled because they are too small and get into the environment. Straws can get into the ocean where marine animals eat them because they they think it is food. It is estimated that each year 100,000 marine animals and over 1 million seabirds die from ingesting plastic. Most straws are made from plastics that take hundreds of years to decompose. McDonald’s said the new straws will use paper from sustainable sources.

In 2015, an 8-minute cringe-worthy video of a plastic straw being removed from a sea turtle’s nose in Costa Rica went viral, and now has over 27 million views on YouTube.