Meteor Blamed For Loud Boom Over Pittsburgh: ‘It Sounded Like A House Was Exploding’ 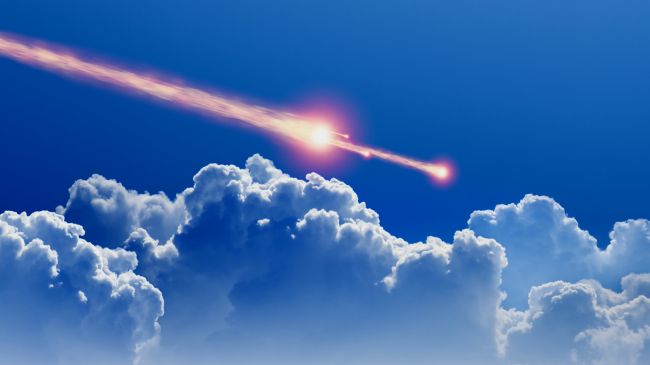 New Year’s Eve usually comes with its fair share of fireworks, but residents in southwest Pennsylvania and parts of eastern Ohio were treated to an even bigger explosion on New Year’s Day.

On Saturday, numerous calls were made to Allegheny County 9-1-1 and the National Weather Service in Pittsburgh to report a boom that was so loud several people thought an earthquake was occurring.

“Allegheny County 9-1-1 has received reports of a loud boom, shaking in the South Hills and other reports. We have confirmed that there was no seismic activity and no thunder/lightning,” the official Allegheny County Twitter account wrote. “At this point, we have no explanation for the reports, but agencies are continuing to look.”

Area resident Heather Lin Ishler told the New York Times, “It was just the feeling of the shock wave, but no sound or flash or anything like that.”

Diane Turnshek, an astronomer who lectures at Carnegie Mellon University, said she thought her dryer had fallen off the washing machine.

“It sounded like a house was exploding,” said Hampton resident Jill Tarasi.

My security cameras caught the "boom" sound too. It was LOUD pic.twitter.com/NEhynXQIbP

This is what we heard in Stanton Heights. 11:26:32am. pic.twitter.com/JZ9jVyDBnS

Jenna Lake, a National Weather Service meteorologist in Pittsburgh, said she checked for earthquakes, storms or lightning in the area after reports started coming in, but found nothing.

“It’s really a mystery to us and to everybody,” Lake told the Pittsburgh Post-Gazette. “Despite us being called meteorologists, we don’t know anything about meteors. Our science is weather.”

Shannon Hefferan, another meteorologist with the National Weather Service in Moon Township, told the Pittsburgh Tribune that they noticed at about 11:26 a.m. Saturday a flash was reported on satellite data.

Eventually it was determined that the loud boom was most likely caused by an exploding meteor because the meteor was “moving toward Earth pretty low in the atmosphere, relatively close.”

The loud explosion heard over SW PA earlier may have been a meteor explosion. This GOES-16 GLM Total Optical Energy product shows a flash that was not associated with lightning. No confirmation, but this is the most likely explanation at this time. pic.twitter.com/ArtHCEA1RT

This isn’t the first time folks in Western Pennsylvania have experienced such a unique phenomenon.

On Feb. 17, 2015, a 500 pound meteor triggered a sonic boom over Butler, Clarion and Armstrong counties.

Sounded like a #sonicboom this morning at 11:26 am. It shook my house. Jet? A single thunderclap in a peaceful rain shower? I looked for a fallen tree near the house. Reminds me of this article from 2015 of a large meteor streaking overhead: https://t.co/bV4RSx499v@AAAPittsburgh

An even more frightening event occurred on June 24, 1938 when a 625 ton meteor exploded about 12 miles above Chicora in Butler County.

Scientists have since determined that particular meteor “would have destroyed much of nearby Pittsburgh and resulted in very few survivors” had it progressed closer to Earth before exploding.