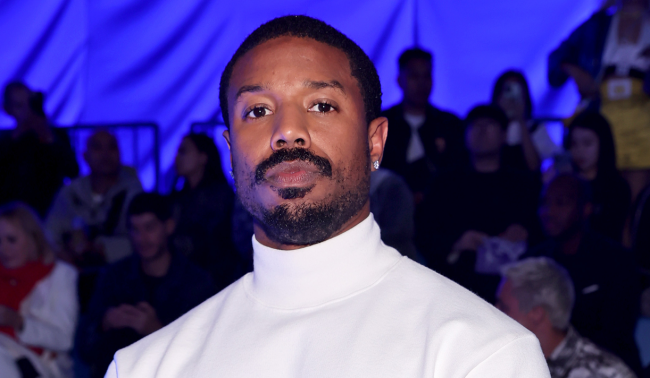 If you didn’t know any better, one might think that these companies that make wax statues of famous people make them look terrible on purpose just for the publicity. Then again, maybe they’re in cahoots with the celebrity whose image they are trying to recreate so they can both be in the news. After all, when was the last time anyone was really talking about Michael B. Jordan? 2018, when Creed II came out? Just sayin’…

Of course, companies and celebrities would never, ever do such a thing to get their names in the media.

Instead, it’s just fans who come across these terrible statues made of wax and other materials that barely, if at all, look like the person they are supposed to be representing.

Case in point: on Wednesday someone on Twitter went super viral after sharing a photo of themself posing next to a wax statue of the aforementioned Michael B. Jordan.

At least that is who the wax museum claims the statue is, not that many people on social media can believe it.

Y’all look at this. It’s supposed to be Michael B Jordan pic.twitter.com/x9kxpeI7hC

Hmmm… are they sure that’s him? Because numerous folks on Twitter said they think it looks more like Boston Celtics star Jayson Tatum.

Brother, that is Jayson Tatum https://t.co/ld4C9sBLF9

Many on social media can’t believe the wax figure is supposed to be Michael B. Jordan

Others on social media referred to the wax statue as Michael C. Jordan or Michael B. Skechers.

“Lord release us from the shackles of that Michael B. Jordan wax figure,” someone joked.

“Do they make these wax figures from memory or?” another asked.

One of the best impressions of the wax statue was put forth by someone who wrote it is “like someone made a wax figure of a wax figure of Michael B. Jordan and some accuracy was lost with each new iteration.”

There were also many other comparisons made of the wax statue, none of which said it looked like Michael B. Jordan.

Oh hell nah Yah look at this ..its Suppose to be @michaelb4jordan "when they made a light skinned Dominican looks more like Scottie pippin Now I see @Drake. Oh my goodness nah looks more like Michael B Hernandez they got the wrong Michael that's Michael Carter Williams 😂😂😂😂
.