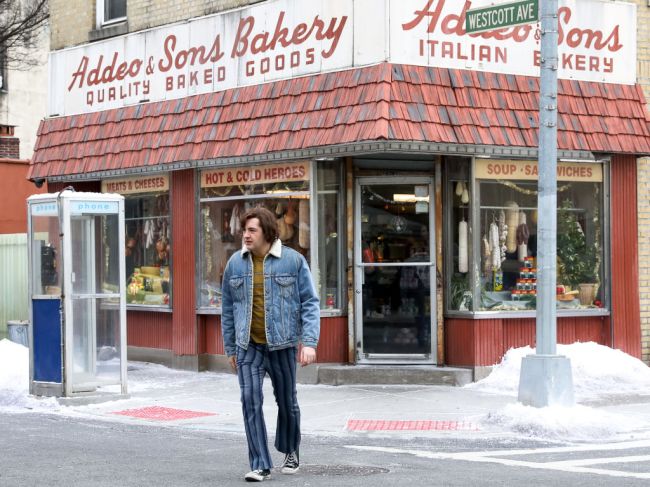 I’ve seen The Many Saints of Newark. This film is still under embargo so that’s all I can say about it. But I’ve seen it with my eyeballs and heard it with my earholes and am hopefully circling some interviews for the Post-Credit Podcast that I’m super excited about. More on that in the coming weeks.

Obviously, one of the draws of the film — other than the fact that it’s the first story set in the world of The Sopranos since the seminal series went off the air back in 2007, close to 15 years ago — is the fact that Michael Gandolfini, the son of the late, great James Gandolfini, will be making his acting debut in the role of young Tony Soprano. If you’ve ever cared about The Sopranos, it’s admittedly difficult to not get emotional about the idea.

While Gandolfini has discussed the process of getting into character before, with the film just about a month away from being released, the 22-year-old actor is further opening up about what it was like to bring the character previously made iconic by his father to life.

“You know, I didn’t want to put pressure on myself to walk out of this feeling like I’d grown in terms of my feelings towards my dad,” Michael told Empire Magazine. “I just wanted to be the best actor I could be, portraying Tony in the way David wanted, scene by scene. I didn’t think about my grief because…well, I would have s**t the bed.”

“My dad’s character had all this beautiful sensitivity underneath this aggression. This version of him is the reverse. His curiosity and sensitivity comes first. He’s not a gun-wielding gangster. He’s a kid who gets whittled down and pulled in.”

The Many Saints of Newark will hit theaters and HBO Max on Friday, October 1. The film is directed by Alan Taylor, a frequent television director who’s helmed episodes of The Sopranos and Game of Thrones, in addition to films such as Thor: The Dark World and Terminator Genisys.