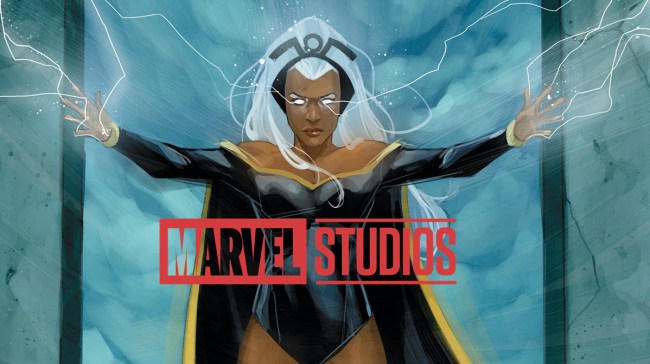 On Wednesday night, news broke that Michaela Coel, the 33-year-old English star and creator of the hit HBO series I May Destroy You, had been cast in Black Panther: Wakanda Forever, which is currently in production down in Atlanta.

While the reports from Variety did not disclose Coel’s role, fans immediately began to speculate that she had been cast as Storm, one of the most iconic members of the X-Men, Marvel’s titular team of mutants.

Which character is Michaela Coel playing in #BlackPanther #WakandaForever? Yes, Storm is an exciting possibility (obviously), but not the only one. Zenzi would be awesome. I'd also love seeing Coel play Aneka and form the Midnight Angels with Florence Kasumba's Ayo! pic.twitter.com/krPRzdUHxb

Michaela Coel as Storm in Wakanda Forever is the perfect segway for the X-Men’s introduction into the MCU. LETS MANIFEST 🙏🏾 pic.twitter.com/wAOsRHzA5u

Marvel casting Michaela Coel as Storm would create world peace and solve climate change, please let it be so. https://t.co/wMlC0FvvtB

can you imagine if michaela coel enters the MCU as Storm?!?! I'll collapse #WakandaForever

Michaela Coel is rumored to play Storm???? I WILL LIVE.

Black Panther: Wakanda Forever is already rumored to be introducing one iconic Marvel hero, as there have been reports that Narcos: Mexico star Tenoch Huerta has been cast as Namor — Marvel’s version of Aquaman — and will debut as the character in the Black Panther sequel.

If Wakanda Forever does, in fact, introduce both Namor and Storm, it will certainly be juggling quite a lot, as the film, quite obviously, is also tasked with not only honoring Chadwick Boseman’s legacy, but convincingly explaining T’Challa’s absence. It certainly sounds as though things are in flux, as Angela Basset recently gave an update on the script, saying that it’s already gone through five iterations with a sixth on the way. Perhaps that sixth draft is the one that includes Storm. That said, trust in director Ryan Coogler remains as high as possible — I have zero doubts that Wakanda Forever will be both emotional and thrilling.