45-Year-Old Man Paddled 200 Times While Pledging For Fraternity, Landed Him In The Hospital And He Called The Cops 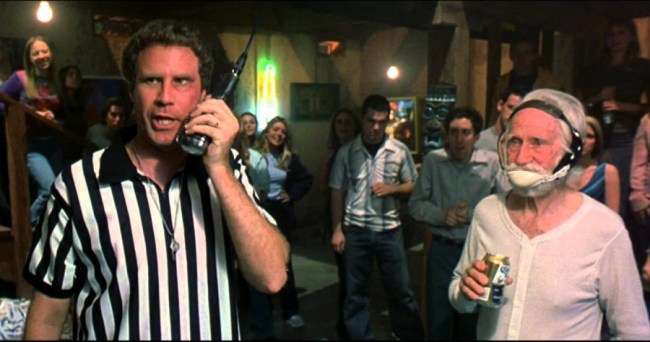 Stop me if you’ve heard this one before — a middle-aged man tried to re-live his glory days by applying to be a member of a fraternity. No, this isn’t the movie Old School, this is real life. One 45-year-old man attempted to join a fraternity because he believed he would get so much ass, we’re talking like crazy boy band ass.

We take you to Brooklyn where a 45-year-old man reportedly pledged to be in the Clinton Hill-based chapter of Omega Psi Phi. Allegedly, 45-year-old Tory Gates was drinking “heavily” on December 7th when the Omega Psi Phi brothers blindfolded him and then paddled him with a wooden paddle.

The initiation was so extreme that Mr. Gates checked himself into Mount Sinai Hospital. His raw bottom was beaten so severely that he called the cops on the frat. However, the police could not reach the victim after the red-bottomed episode and Mr. Gates did not answer his phone.

Here is video of the man making his case to be part of the fraternity (probably).

Neighbors of Gates had plenty to say about the hard-hittin’ news. “A hazing incident? Do you know how old he is?” said one neighbor. “Maybe it’s about nostalgia or something,” another neighbor said. “He’s a strong guy, physically, so I’m not sure what that is all about.” It’s fantastic to see that ageism is not a reason why members are not banned from joining a fraternity.

My dude, you’re 45-f*cking-years-old, you shouldn’t have to prove your worth to society to ANYONE, let alone nine frat guys who think that paddling people makes them believe they are superior and able to dictate who joins their clique. Have some f*cking pride in yourself.

No word on whether the middle-aged man enjoyed going to the Olive Garden and wondering what color the underpants of waitresses are. What? What, I thought we were in the trust tree in the nest, were we not?

Here’s an excuse to post this tremendous clip from Old School. “Once it hits your lips!”