Miles Teller Outs His Wife As A Mustache Hater 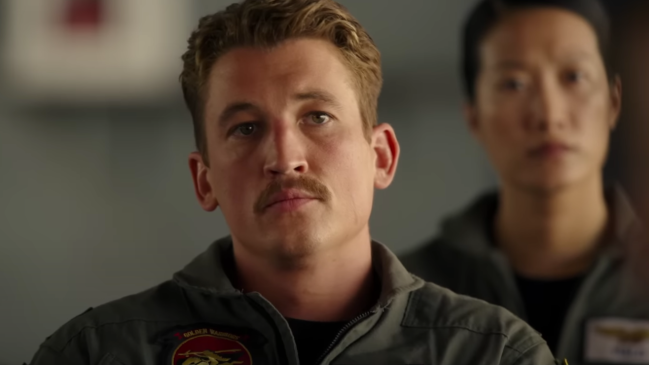 Occasionally — for literally no reason other than it amuses me — I’ll shave my facial hair into a mustache. Not to be too crude, but the male relationship with the mustache is similar to our kinship with… farts. For whatever reason, no matter how young or old you are, there’s just something about them that tickles our funny bone. I’ll even warn my girlfriend before she comes over, “Hey just a heads up… the mustache is back.” It’s almost like being able to prank people with my own facial hair.

Women, though, don’t seem to be all that fond of the mustache, at least based on A) their declining relevance in recent years — would you go on a first date rocking a mustache? — and B) the fact that Miles Teller’s wife Keleigh Sperry made him shave his as soon as he was done filming Top Gun: Maverick.

“My wife made me shave it immediately [after filming],” Teller said.

And though Sperry, 29, wasn’t thrilled with her husband’s mustache, many moviegoers were and have been sporting similar facial hair, all while documenting their furry upper lip looks on TikTok.

Reacting to the grooming trend inspired by Top Gun 2, Teller says, “[I’m a] big fan of it. If it makes them more confident, then more power to them. … But we’ll see, maybe it’ll be a good summer trend and then die out.” [via People]

Despite the fact that Keleigh ruthlessly made Miles ax his instantly iconic Top Gun stache, we have a feeling the star actor — who has been having a hell of a renaissance this summer with Maverick, Spiderhead, and The Offer — is perfectly happy doing such a thing for his wife.