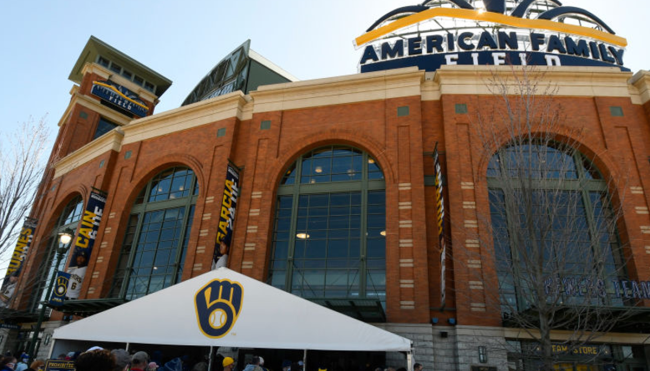 Last month, the NFL fans who entered the gates of SoFi Stadium for the first time since the opening of the Los Angeles venue shared by the Chargers and the Rams were greeted by some impressively mediocre offerings at the concession stands, including pizza being sold for $15 a slice that went viral for all of the wrong reasons.

However, all of that food looks downright appetizing when you compare it to a sandwich that also made the rounds over the weekend after a reporter covering a game between the Phillies and the Brewers at Milwaukee’s American Family Field shared a picture of what a colleague in the press box received after ordering what was apparently described as a “Philly cheesesteak.”

I’ve previously written about the risk you take whenever you decide to pull the trigger on a “Philly cheesesteak” at a random establishment, as most restaurants that aren’t located in the vicinity of the City of Brotherly Love have a very poor grasp on what separates the cheesesteaks Philadelphia is famous for from the rest of the pack.

The beauty of a Philly cheesesteak lies in its simplicity; all you need to whip one up is some thinly-sliced ribeye, a bunch of cheese, and technically optional (but not really optional) onions, which all get to know each other on the roll they’re nestled in. There’s nothing necessarily wrong with adding some grilled peppers or mushrooms into the mix, but you can no longer market it as a Philly cheesesteak once you do.

When you consider the state of Wisconsin knows a thing or two about the cattle industry, I don’t think it’s too much of a stretch to assume a baseball stadium located in its most populous city would know how to throw together a sandwich that primarily consists of meat and cheese.

Sadly, as The Athletic‘s Matt Gelb showed when he shared a photo of the “Philly cheesesteak” Todd Zolecki was presented with on Monday, that is decidedly not the case.

Matt. Todd. What on earth is that

If you looked at that picture and were either overcome with a crippling sense of existential woe or the urge to report a crime, you can take solace in knowing you’re not alone.

That looks like a grad student fed a bunch of cheesesteak pictures into a neural network and had it come up with an AI approximation.

Do better, Milwaukee. Do better.