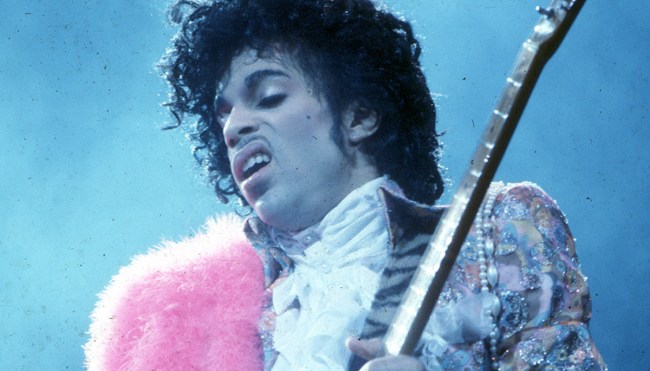 The state of Minnesota has produced some absolute legends over the years, and at the risk of disrespecting Josh Harnett and the members of the annual All Hockey Hair Team, there’s probably no one more notable than the member of musical royalty who was Prince.

The Minneapolis native never strayed too far from his roots, as he spent a great deal of time rehearsing and recording inside the confines of Paisley Park, the massive compound he constructed outside of the city that was also home to some truly wild parties (as well as the basketball game Charlie Murphy famously chronicled on Chappelle’s Show).

Prince began honing his musical talents from an early age—he wrote his first song when he was seven—but the fact that he was born in 1958 means his younger years weren’t documented to the extent most people’s childhoods are nowadays.

However, a Minneapolis news station recently discovered it was sitting on an incredibly rare piece of footage after an employee tasked with reviewing clips concerning a teachers strike that took place in the city in 1970 spotted a fairly familiar face.

A recent report from WCCO recounts the saga that kicked off when the employee in question spotted a middle schooler he was convinced was Prince in a 52-year-old interview.

The outlet subsequently contacted a biographer who pulled up a picture of an 11-year-old Prince that bore some uncanny similarities. It also showed the interview to a couple of his childhood friends, both of whom confirmed he was the student in the clip.