Production On The Next ‘Mission: Impossible’ Movie Had To Be Halted Because The Set Was Overrun By Sheep 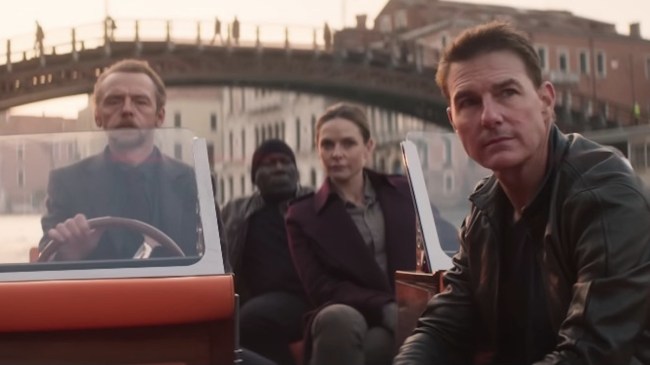 Even Tom Cruise is no match for mother nature, as evidenced by these reports that Mission: Impossible – Dead Reckoning Part Two had to pause production after its set was overrun by a herd of sheep.

According to reports out of England, filming of the eighth movie in the Mission: Impossible franchise had to be paused after “dozens” of sheep strolled through the production site in England’s Lake District.

Mission: Impossible 8 had to pause filming after the set in England was overrun by “dozes” of sheep

The actor was seen admiring the large flock as he stood to the side to make way for the sheep passing through. Cruise was also captured mid-air attached to a blue parachute while filming a scene in the upcoming movie.

Cruise also recently had a run-in with Lake District vacationers. Adam Wheeler and Lucy Hinch were walking their Siberian Husky named “Blitz” when they stumbled upon Cruise and the movie set. According to the Northern Echo, Cruise “happily” posed for a picture with the couple before hopping back inside of a helicopter used on set. [via Fox News]

RELATED: Tom Cruise Hangs Off The Side Of A Damn Plane (Again) In Unearthed Footage From The New ‘Mission: Impossible’ Movie